An extremely bizarre horror title has just been announced along with several images, and the internet is freaking out. The film is called Winnie the Pooh: Blood and Honey and is a horror re-imagining of the classic children’s story featuring everyone’s favorite yellow teddy bear. The original property entered the public domain earlier this year. Indie slasher Winnie the Pooh: Blood and Honey is written and directed by debut filmmaker Rhys Frake-Waterfield. Plot details are currently scarce, but IMDB‘s description suggests the film will feature monstrous versions of Pooh and Piglet who are abandoned by Christopher Robin and then conduct a vicious murder spree. Winnie The Pooh: Blood and Honey stars Amber Doig-Thorne, Maria Taylor, and Danielle Scott.

The images for this unexpected slasher flick are unnerving, to say the least, delivering audiences something they never expected to see, or possibly ever wanted to see. The released photos depict a very dark and serious vibe, making the movie seem like it will be a dark and gritty home invasion flick of sorts, rather than an absurdist horror-comedy like it easily could have been. The photos depict Pooh and Piglet as mutated half-human half-animal hybrids that look as horrifying as they sound. The images showcase Pooh and Piglet stalking a woman in a hot tub, the words “GET OUT” written with blood on the windows of a dark home, and even Pooh behind the wheel of a car.

The character of Winnie the Pooh first came into prominence in 1926 after the release of the picture book collection The House at Pooh Corner. In 1961, Walt Disney Productions started making films based on the character, making Pooh an iconic figure in animation. There have been many theatrical and direct-to-video films in the franchise including The Many Adventures of Winnie the Pooh, Pooh’s Grand Adventure: The Search for Christopher Robin, The Tigger Movie, Piglet’s Big Movie, 2011’s Winnie the Pooh, and most recently 2018’s Christopher Robin, which was live-action. Disney has nothing to do with Winnie the Pooh: Blood and Honey.

Horror versions of children’s films are far and few between, and the only one that comes to mind is 1997’s Snow White: A Tale of Terror. Winnie the Pooh: Blood and Honey may be ridiculous, but it also looks extremely unique, and it may be the kind of insanity that bored horror buffs are dreaming of. Winnie the Pooh: Blood and Honey is produced by Jagged Edge Productions and does not currently have an official release date. Stay tuned at Collider for more details.

Check out the rest of the new images down below. 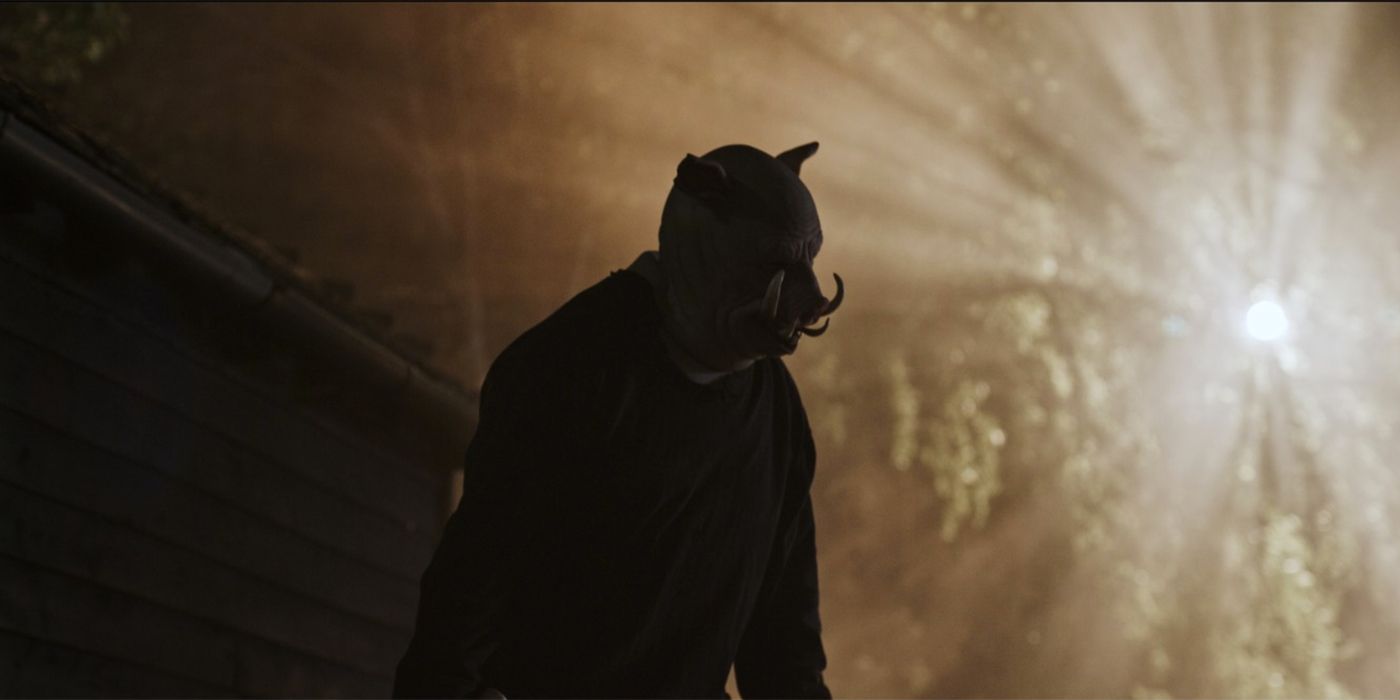