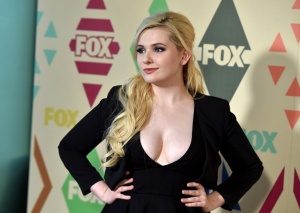 True-crime is a mainstay in Hollywood nowadays. From the documentary-turned-dramatized series, The Staircase, to the upcoming Netflix documentary Keep Sweet: Pray and Obey, the genre is drawing in massive amounts of viewers. The next terrifying-but-true story getting its silver screen makeover will be the unbelievable tale of Trish Weir – the survivor of a kidnapping and rape at the hands of Ernesto Miranda. Quickly gaining traction, Deadline reports that the production, which is titled Miranda’s Victim, will star Abigail Breslin, Luke Wilson, Andy Garcia, and Donald Sutherland.

Miranda’s Victim follows Weir’s (Breslin) harrowing story of her 1963 abduction and sexual assault at the hands of Miranda. While Weir fight’s tooth and nail to detain her attacker and make sure he never has the chance to carry out his terror again, America’s legal system has other plans as the case turns into the creation of what we know today as the Miranda warning – or Miranda rights. Weir’s attorney, Lawrence Turoff, who pushes the young woman to proceed with court hearings and tell her story to the world will be played by Wilson while Garcia will portray Alvin Moore, the public defender who’s tasked with Miranda’s case, and Sutherland as Judge Wren, the man who convicts Miranda for the rape of Weir.

Michelle Danner will helm the film which was penned by George Kolber. The creative duo will also produce with Valerie Debler, Brain Drillinger, and Alexandra Guarnieri. Miranda’s Victim is Danner’s follow up to her recent festival favorite, The Runner. The action-thriller, which stars Edouard Philipponnat, Cameron Douglas, Elisabeth Röhm, Eric Balfour, and Nadji Jeter is planning a theatrical release later this year. In addition to standing at the helm of now seven productions, Danner is a revered acting teacher and co-founder of the Edgemar Center for the Arts and the Los Angeles Acting Conservatory. She boasts a long list of A-list pupils including Salma Hayek, Christian Slater, Chris Rock, and Gabrielle Union.

Excited to shed light on the story of Weir and the man who so deeply and brutally affected her life, Danner said,

The first time I read George Kolber’s riveting script and learned about Trish’s experience, it moved and inspired me. “Miranda’s Victim” puts us at the intersection between a brutal rape case and a national movement for civil liberties.

While filming has begun in New Jersey, no release date is yet set for Miranda’s Victim. As always, stay tuned to Collider for more updates surrounding this true-crime based feature.