This year, Licensing Expo returned to the Mandalay Bay Convention Center in Las Vegas, Nevada, and was packed with booths providing its guests with brand-themed location-based experiences, as was the theme of this year’s expo. Among Hasbro’s showcase was the announcement and display of their first-of-its-kind Transformers and My Little Pony-themed Hotel, based in Shanghai, and Collider‘s own Steve Weintraub was there to snap some pictures for us.

For over 40 years the Licensing Expo has provided brands the opportunity to meet up in one place to network and show off the projects they have in the works. This year Hasbro brought their A-game, teasing their Transformers and My Little Pony-themed three-story Hotel based in Shanghai that will provide families with a kid-friendly experience and an entertainment facility.

Weintraub was able to snag a few photos that provide a sneak peek at the designs Hasbro has for each theme. The My Little Pony rooms will offer guests a chance to immerse themselves in the sweet pastels of magical Equestria, while still maintaining a sleek and comfortable hotel feel. But if magic and friendship are too soft for your tastes, Hasbro has got you covered. The design Hasbro offered for their Transformers rooms has a more modern and heroic feel, proudly displaying the Autobot symbol.

On the display, Hasbro shared the following about the new hotel:

“The first of its kind, a Transformers and My Little Pony themed Hotel outfitted with a Family Entertainment Center. The Hotel features 46 themed rooms. The Shanghai property is a three-story high entertainment facility offering hotel guests a fun packed family adventure.”

The announcement for the Hotel comes on the heels of the latest in the Transformers franchise, Transformers: Rise of the Beast, directed by Steven Caple Jr. (Creed II) and starring Anthony Ramos (In the Heights) who dipped his toes in the Hasbro world when he lent his voice to Trollex in Trolls Holiday in Harmony. Not only is Transformers returning to the big screen, but My Little Pony is bringing back the new generation of ponies they introduced in their 2021 Netflix original movie My Little Pony: A New Generation which starred Vanessa Hudgens as Sunny Starscout and James Marsden as Hitch Trailblazer. The all-new Netflix series My Little Pony: Make Your Mark will chronicle the adventures of the new Mane 6, taking place after the events of A New Generation.

For now, fans are left to speculate on what the unique hotel will have in store for the 46 themed rooms. Both Transformers and My Little Pony have expansive worlds to take inspiration from, and Hasbro does not disappoint. Check out the images down below and don’t miss the other displays featured at Licensing Expo here on Collider. More about the hotel when we hear it. 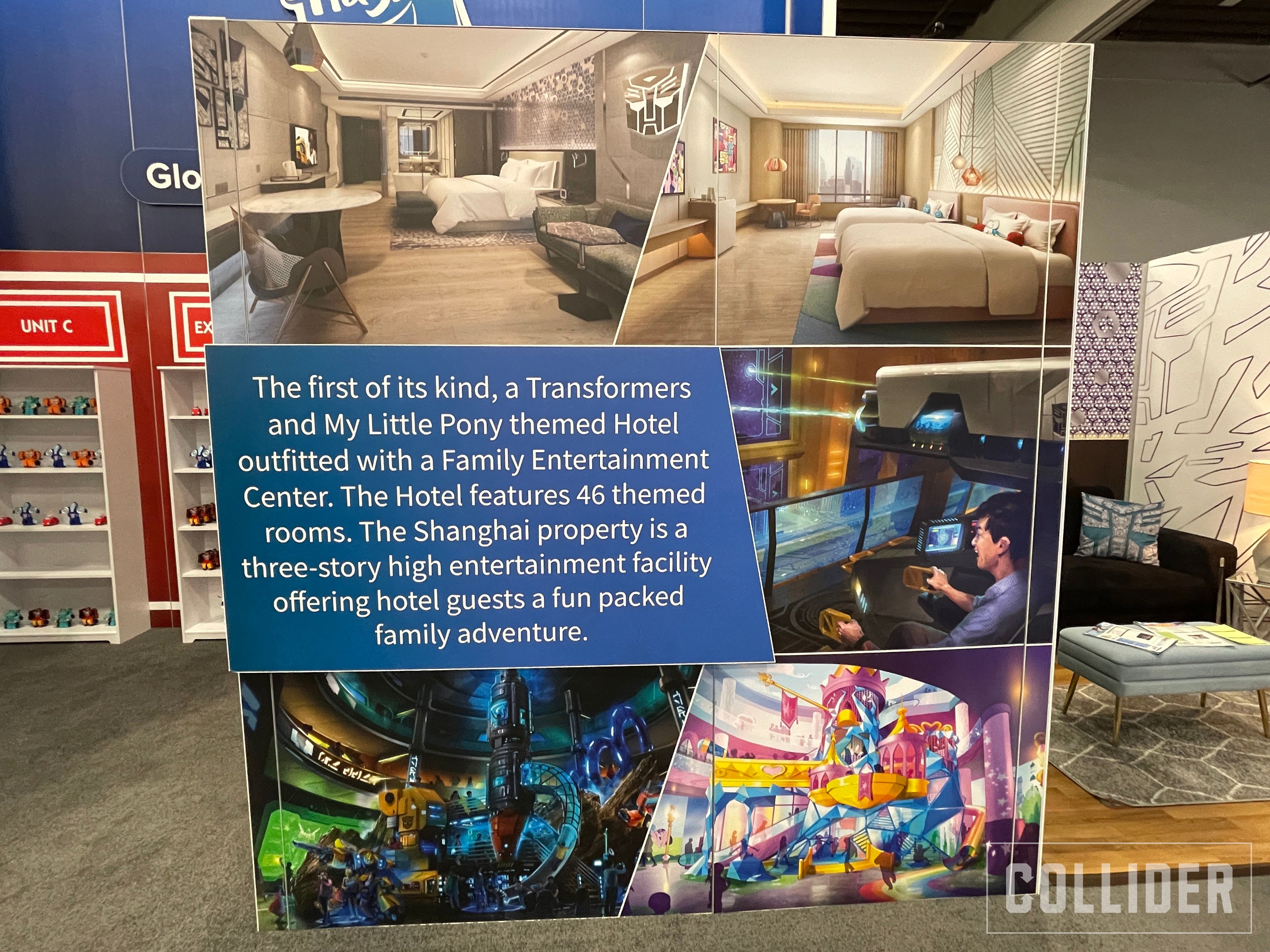