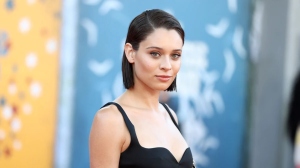 Daniela Melchior will have a small role in James Gunn’s Guardians of the Galaxy Vol. 3, the highly-anticipated threequel to the beloved Marvel Cinematic Universe franchise. While Deadline doesn’t reveal who Melchior will be playing in the galactic adventure, we know she won’t be showing up as Moondragon, the daughter of Drax (Dave Bautista).

Portuguese actress Melchior had her Hollywood breakout in James Gunn‘s The Suicide Squad. The star stole our hearts by playing Ratcatcher 2, the emotional core of the film’s team of supervillains, leading her to be one of the most coveted actresses in Hollywood. Last month, the star was cast as part of Fast X, the next installment in the Fast and Furious franchise. While little is known about Melchior’s Fast X character, the first behind-the-scenes pictures for the movie tease she’ll be part of the Toretto family.

Before Fast X, Melchior is also set to star in this year’s spy movie Assassin Club with Henry Golding, Noomi Rapace, and Sam Neill. Next year, she’ll also show up in the neo-noir thriller film Marlowe, together with Liam Neeson, Diane Kruger, and Jessica Lange. While it’s a pleasure to see Melchior’s career taking off, it’s nice that she got to work with Gunn in another movie after The Suicide Squad.

Gunn has recently wrapped filming on Guardians of the Galaxy Vol. 3 and the Guardians of the Galaxy Holiday Special. There’s no information on the plot of either the Holiday Special or Volume 3, but both productions will bring back Chris Pratt as Star-Lord, Bautista as Drax, Bradley Cooper as the voice of Rocket Raccoon, Karen Gillan as Nebula, Pom Klementieff as Mantis, and Vin Diesel as the voice of Groot. While Gamora’s fate is uncertain after Avengers: Endgame, Zoë Saldaña is set to return at least for Volume 3. Both Nebula and Mantis are getting bigger roles in Volume 3, according to Gunn, so it’s safe to assume the filmmaker has also something special planned for Gamora.

Will Poulter also joined the Guardians of the Galaxy Vol. 3’s cast as Adam Warlock, a role Poulter feels “honored” to play. Chukwudi Iwuji, who’s currently playing a mercenary in Gunn’s DC series Peacemaker, also scored a part in the threequel. While Gunn is keeping Iwuji’s role a secret, the filmmaker has stated that it “is one of the main characters in the movie and people are freaking out over how good this guy is.” Finally, Gunn also teased that a new character will be introduced in the Holiday Special, which means that, while his Guardians franchise is coming to an end, there are still many surprises in store for fans.

I can confirm (and confirm she’s wonderful in the role). @MelchiorDaniela is one of my favorite people & actors around, & I hope this is just the second of many projects we’ll work on together. https://t.co/axKiZatcue