New images are out for the upcoming AMC+ thriller Moonhaven, offering a few more looks at the titular moon colony and the people on it, as well as some interior shots of the ships used to shepherd them there. Created and helmed by Peter Ocko, the series is set 100 years in the future and centers on the paradise created beyond our planet and the various mysteries it holds. It’s the last hope of humanity, which is tearing apart at the seams as the residents of Moonhaven desperately try to find the key to saving the rest of civilization.

The first image released is a visually enticing look at a gateway constructed from withering vines and stakes, which looks more like something out of a fantasy show than a sci-fi series, especially with a person in a purple robe and white hair passing through it. It could presumably be an entrance to Moonhaven, or merely an access point for some of its natural resources. In later images, we see a lineup of residents living in the utopia, headlined by two of the show’s stars Emma McDonald (Queens of Mystery) and Dominic Monaghan (Lost). With a conspiracy afoot in paradise, the pair will need to stick close together to squash anything that threatens humanity’s saving grace. While the images don’t reveal the ships used to reach Moonhaven in their entirety, they do give a view of the inside of one of the Icon ships where the mohawk-sporting Joe Manganiello (True Blood) is staying.

Moonhaven stars McDonald, Manganiello, and Monaghan alongside Amara Karan (Doctor Who), Ayelet Zurer (Losing Alice), Kadeem Hardison (Black Monday), and Yazzmin Newell (The Last Tree). In picking McDonald to lead the series, AMC is going with a relative newcomer whose biggest roles to this point are in The Picture of Dorian Gray and Queens of Mystery.

Ocko, whose other credits include Lodge 49, Black Sails, and Elementary, also serves as an executive producer for Moonhaven with Deb Spera, though Spera is not providing any writing for the series. AMC Studios is producing the thriller.

Here’s the official synopsis for the series:

Moonhaven centers on Bella Sway (McDonald), a lunar cargo pilot and smuggler 100 years in the future who finds herself accused of a crime and marooned on Moonhaven, a utopian community set on a 500 square mile Garden of Eden built on the Moon to find solutions to the problems that will soon end civilization on Mother Earth. A skeptic in Paradise, Bella is sucked into a conspiracy to gain control of the artificial intelligence responsible for Moonhaven’s miracles and teams with a local detective to stop the forces that want to destroy Earth’s last hope before they are destroyed themselves.

Moonhaven‘s first two episodes premiere on AMC+ on July 7 with new episodes dropping weekly on Thursdays. Check out the rest of the images below: 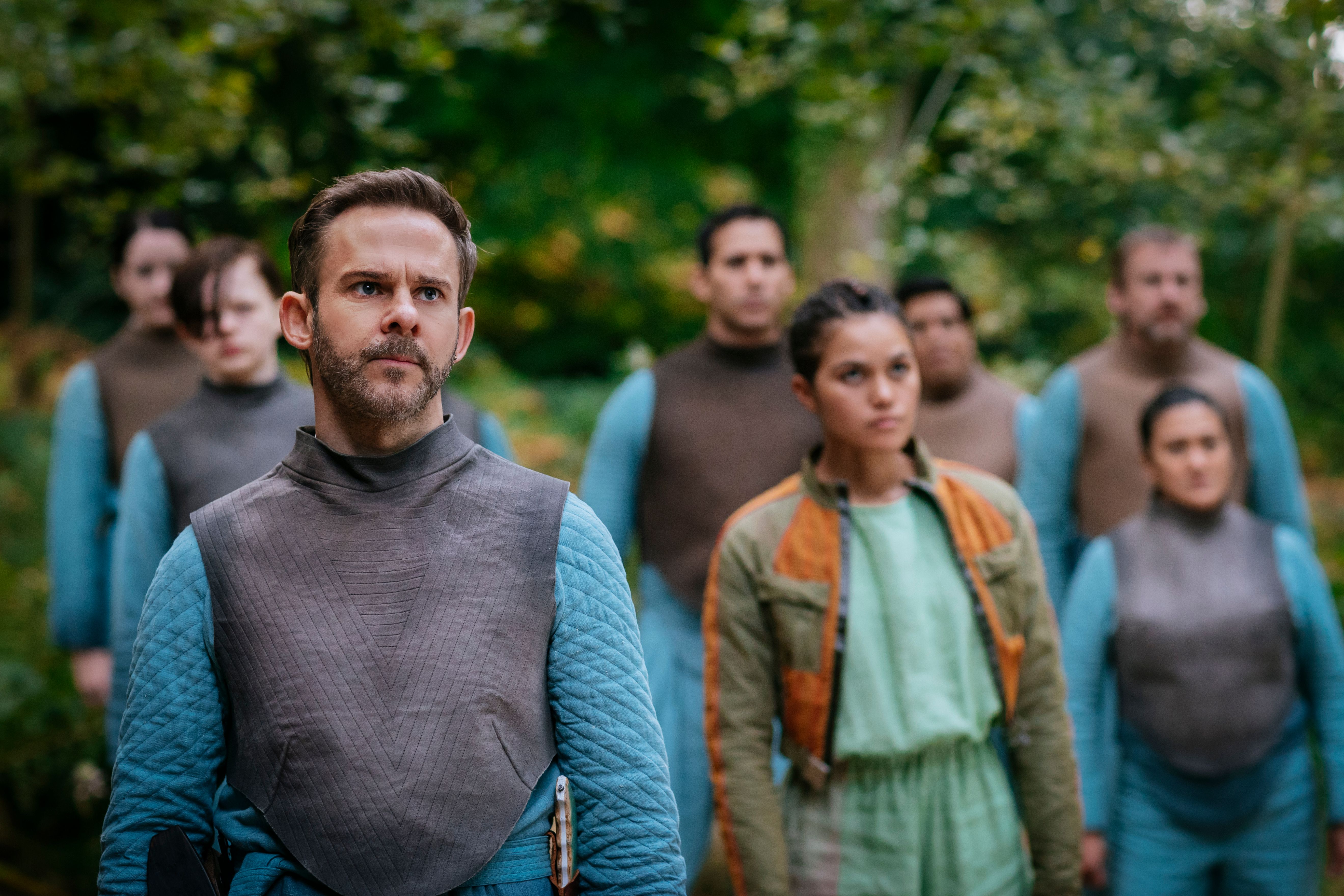