New images for Netflix’s Resident Evil reveal further details about the upcoming series, giving us the best look yet at the adaptation’s version of the fan-favorite zombie dogs. Besides publishing the latest images, Entertainment Weekly also spoke with showrunner Andrew Dabb about the upcoming show’s mysterious plot.

Completely deviating from the main video game franchise canon, the Resident Evil series takes place at two different points in the timeline. Part of the series is set in 2022, when the scientist Albert Wesker (Lance Reddick) moves to New Raccoon City with his daughters, Jade (Tamara Smart) and Billie (Siena Agudong). Of course, there will be a zombie outbreak in New Raccoon City, and the two girls will have to learn how to fight the undead at a very early age. At the same time, the series will follow an adult version of Jade (Ella Balinska) in 2036, 14 years after New Raccon City experienced the deadly release of the T-Virus.

The new images give us further glimpses of the past and present of the Resident Evil TV show, showing how the adult version of Jade has to fight against a horde of zombies. The images also feature Raj (Ahad Raza Mir), Jade’s husband, who is bound to get caught up in some nasty family history. Finally, the new images also focus on the two young sisters trying to run and hide from a menace that’s just outside the frame.

While there’s much we still don’t know about Resident Evil, we can already tell the two sisters are the emotional core of the series. Together with the new images, Dabb also talked about how Jade and Billie have contrasting personalities. As Dabb explains it:

“Jade is snarky and snappy, but at the same time, deep down, she is a person that takes things very seriously in a crisis. Because of how she was brought up, she put up a lot of walls. Jade is someone who walks around in a suit of armor.”

Billie, on the other hand, is a docile person who cares deeply about the world around her. While describing the young girl, Dabb said:

“You’ve got a character who is really caring and maybe a little less forthright than her sister, but also someone that’s struggling with some of her own demons. This is a character that cares deeply about people and about animals. She’s someone who is vegan and someone who supports PETA. She’s the kind of person who doesn’t step on an ant. She takes it outside.”

Finally, Dabb also spoke about how the series explores two intertwined timelines, with each half of the show revealing new puzzle pieces that help the audience understand what’s happening in the past and in the present. In Dabbs’s words:

“The hope is they build, one off the other. The idea is you’ll see things in the future storyline. You’re like, ‘Wait! How did that happen?’ And then that episode, or a couple of episodes later, you’ll get the answer. In some ways, the future storyline itself is a mystery. How did people get here? How did these relationships change? And it’s all explained, but it’s explained in a way that we’ve jigsawed it together. If you’re watching it, you’ll be able to see how all the threads start to weave together as we move through the story.”

Resident Evil also stars Adeline Rudolph, Paola Nuñez, Ahad Raza Mir, Connor Gossatti, and Turlough Convery. The series premieres on Netflix this July 14. Check out the rest of the new images and the series synopsis below. 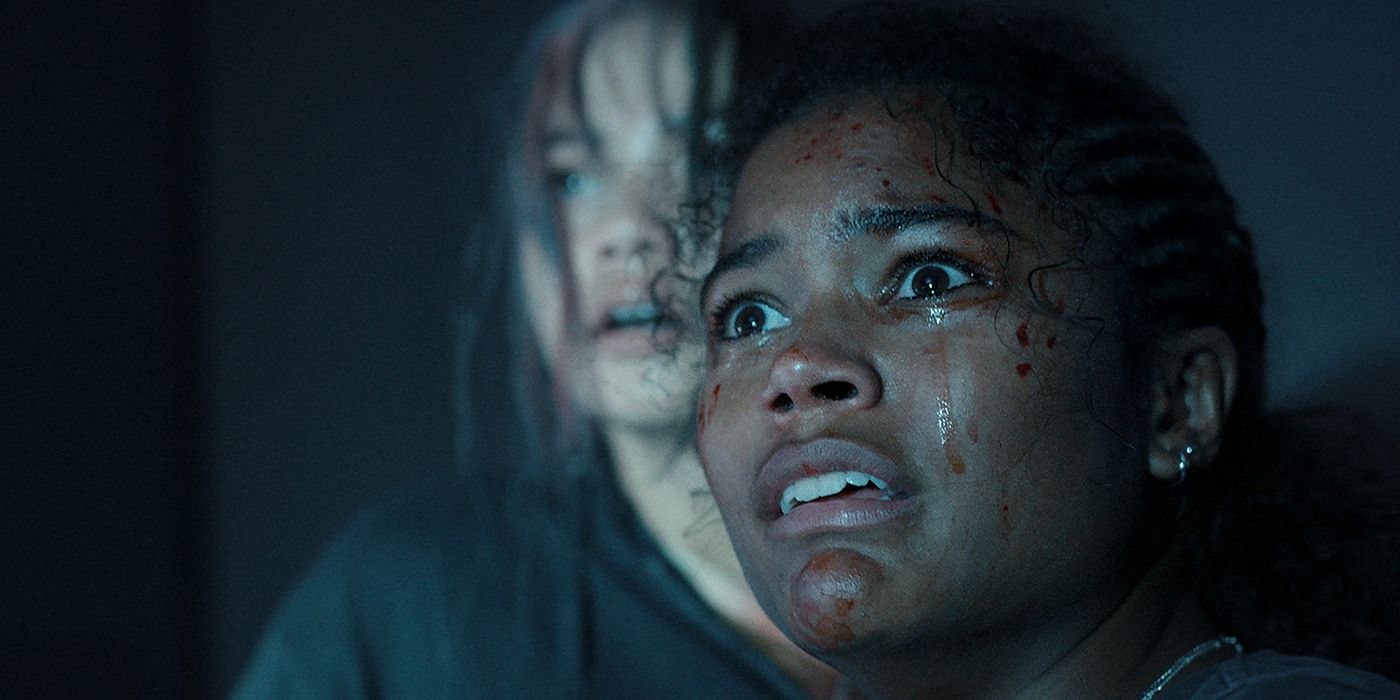 Year 2036 – 14 years after a deadly virus caused a global apocalypse, Jade Wesker fights for survival in a world overrun by the blood-thirsty infected and insane creatures. In this absolute carnage, Jade is haunted by her past in New Raccoon City, by her father’s chilling connections to the Umbrella Corporation but mostly by what happened to her sister, Billie.