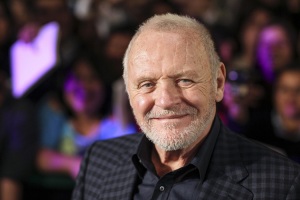 While many know him as the notorious Dr. Hannibal Lecter from ’90s crime thriller Silence of the Lambs, Hopkins‘ skills reach across all genres from Francis Ford Coppola‘s horror Bram Stoker’s Dracula, his portrayal of President Richard Nixon in the bio drama Nixon, to action flicks like Mission: Impossible II. Fans know him for his eloquence as the title character in Titus and for his abilities with tension and comedy as the All-Father Odin in the MCU‘s Thor franchise. No matter the quality of the film, Hopkins brings elevation to any role, and with sci-fi and fantasy already under his belt, we can safely assume he’ll take his role as Jimmy to the next level.

Rebel Moon begins when a peaceful colony on the outskirts of the galaxy is terrorized by the armies of the tyrant Regent Balisarius, who we know will be played by Ed Skrein (Deadpool). Desperate for aid, the colony sends out Kora, a woman with a mysterious past, in search of warriors from other planets to help them fight. Star Trek Beyond and Atomic Blonde actress Sofia Boutella will star as Kora while another MCU alumni Djimon Hounsou (Guardians of the Galaxy) will portray General Titus. Joining Hopkins, Boutella and Djimon will be Charlie Hunnam (Sons of Anarchy), Jena Malone (Stardust), Cary Elwes (The Princess Bride), Corey Stoll (Ant-Man), Michiel Huisman (Game of Thrones) and more.

Like the Russo Brothers‘ The Gray Man, fans are seeing a lot of feature films opening directly to Netflix, foregoing traditional theatrical releases. Following the success of Snyder‘s zombie heist Army of the Dead, the director signed a first-look deal with streaming giant Netflix under the banner of The Stone Quarry Productions, the production company run by he and his partner, wife Deborah Snyder. In an interview with The Hollywood Reporter, Snyder said, “My goal and hope are to bring as much quality content as I can and do it on a giant scale…Big projects and big movies.” Those familiar with Snyder‘s work in films like 300, the 2004 revamp Dawn of the Dead and Watchmen know that those films hold little back as far as scale and quality. Snyder‘s films are glamorous and action-packed, full of striking visuals and tightly choreographed fight scenes with a graphic novelty feel. For Rebel Moon “Snyder wrote the script, based on his and Kurt Johnstad’s (300) story, with Shay Hatten (Army of the Dead) and Johnstad.”

The sci-fi adventure will be Snyder‘s first film under the Netflix agreement. He will be directing and producing, along with Deborah Snyder and Wesley Coller of The Stone Quarry, as well as Eric Newman with Grand Electric.

Rebel Moon is in filming currently with no release date available at this time. Check out the official synopsis below:

The story is set in motion when a peaceful colony on the edge of the galaxy is threatened by the armies of a tyrannical regent named Balisarius. Desperate, the colonists dispatch a young woman with a mysterious past to seek out warriors from neighboring planets to help them make a stand.