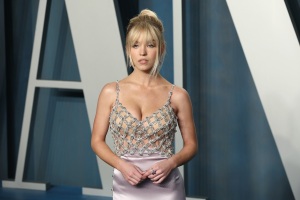 Sydney Sweeney (Euphoria), is set to star in Tina Satter’s upcoming debut film, Reality Winner, reports Deadline. She will play the lead role of Winner. Other confirmed cast members attached to the project are Josh Hamilton (The Walking Dead, Eighth Grade) and Marchánt Davis. Sweeney, though a young actress, has made an appearance in many notable works. A few of these include The Handmaid’s Tale and Once Upon a Time in Hollywood. Her role in 2018’s Everything Sucks! garnered her mainstream attention.

The real-life Reality Winner, who is the subject of the film, began her career as a member of the United States Air Force from 2010 to 2016. Able to speak several languages, Winner would go on to win the Air Force Commendation Medal for aiding the air force with her translation abilities. After an honorable discharge and a failed attempt to gain employment at NGOs overseas, she would eventually be hired by Pluribus International Corporation where she would translate documents related to Iran’s aerospace program. This is where Winner would discover the confidential documents she would later leak to The Intercept. Winner would later be arrested and agree to a plea deal with a sentence of five years and three months.

The film is inspired by another of Satter’s works, a play called Is This a Room, which was highly praised by critics during its last Broadway run. Satter also wrote the script with James Paul Dallas. Winner’s story had previously been covered in the Sonia Kennebeck documentary titled, United States vs. Reality Winner last year; it received mostly positive reviews from critics.

Producers attached to the project include Seaview’s Brad Becker-Parton and Greg Nobile alongside Riva Marker and Noah Stahl. Executive Producers are Burn These Words’ Ellyn Daniels and Will O’Connor along with Daniel Ginsberg as a representative for In The Cut, Bill Way and Elliott Whitton from Fit Via Vi, and Eva Maria Daniels, Andrew Beck, Cinereach, and Satter. Co-producers include David Duque-Estrada and Rita Walsh.

With a promising cast and creative crew behind-the-scenes bringing the story of Winner to life, this film may be of interest to those who want to learn more about her story in a way that only film can teach. The controversial subject matter will be interesting to see play out in a theatrical interpretation.

There is currently no release date or window for Reality Winner.