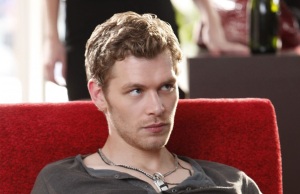 After posting a host of ambiguous messages on social media, Joseph Morgan who played the charming yet deadly character of Klaus Mikaelson in both The Vampire Diaries and its spinoff, The Originals, has confirmed that he will be appearing in the series finale of Legacies.

For the past several weeks, Morgan has been posting what can only be termed as cryptic messages on his social media accounts hinting at a possible return to The Vampire Diaries universe. He had previously advised fans to stop searching for clues to his return, but it would seem some secrets can’t be kept forever. Morgan began his big reveal by posting the following message on Instagram, it read “If you had the chance to say one last goodbye to the child you loved more than anything, would you take it?”

He then went on Instagram Live and revealed that his role in the finale will only be for a “fleeting moment”. Here is his quote in full:

“I don’t know if I’ve got permission to do this,” he said. “I don’t know if I need it, to be honest with you. Regardless, we’re here now, so I’m going to tell you a couple of things: You are going to see Klaus again in the final-ever episode of Legacies. Just for a fleeting moment. That’s it, you heard it here first.”

Legacies is a spinoff show of The Vampire Diaries universe that focuses on a school for children with supernatural abilities. Hope Mikaelson, daughter of Klaus Mikaelson, attends this school and leads the show’s cast. This appearance by Morgan will mark the first time he is making an appearance on the show. It is also set to mark a reunion between father and daughter since The Originals’ finale. Morgan goes on to explain the significance of this saying:

“This was never ever about a ‘ship for me or for Klaus. This is about family. Family is power. This is about a father and his daughter, their relationship, what he feels he owes to her. That’s what this is about. So there was a very secret, very clandestine scene recorded.”

The exact nature of Morgan‘s return in the finale is still unknown and given that he is supposedly dead. However, in The Vampire Diaries universe, there are a ton of ways to resurrect the dead, so it would be interesting how this reunion pans out. The reunion episode between Klaus and Hope will also mark the end of the road for the show as Legacies has been canceled by the CW.

Morgan currently has a role on HBO Max’s Titans as Brother Blood.