Along with a trailer, brand-new images for Netflix’s adaptation of iconic English novelist Jane Austen’s Persuasion have been released today. Dakota Johnson (Fifty Shades of Gray) stars as twenty-seven-year-old Anne Elliot, an intelligent and attractive Englishwoman who, like many of Austen’s female protagonists, is still unmarried despite the social conventions of the time.

When she was nineteen years of age, Anne fell in love with a young navy officer named Frederick Wentworth, played by Cosmo Jarvis (Lady Macbeth). However, members of Anne’s snobby family considered the engagement to be imprudent and Wentworth to be beneath Anne’s status and thus, persuaded her to break off the engagement. Seven years later, the Elliot family is now in financial difficulties but as fate would have it, Wentworth appears back into Anne’s life. Now, Anne is faced with a choice. She must decide whether she is willing to fully put her past behind her or listen to her heart and allow herself to accept the second chance life has put in her way.

The poster for the film shows Anne embracing a love interest. There was a conscious choice not to show the man’s full face as there is a romantic triangle at the center of the movie’s plot and for those who are not familiar with Austen’s story, by the trailer and pictures alone it is not easy to determine who Anne will be choosing as a husband in the end. The recently unveiled images showcase the main characters and the exquisite costume and set design, which certainly have a Bridgerton feel to them.

Austin’s last novel Persuasion was published in 1818 and was well-received at the time, although there was a spike in its popularity later on in the century that continued on well into the next. Netflix’s upcoming film is not the novel’s first screen adaptation, with four others having preceded it.

Directed by Carrie Cracknell, who is a renowned theatre director who has directed classic plays like Henrik Ibsen’s A Doll’s House, the script for Persuasion was co-written between Ron Bass and Alice Victoria Winslow. The film is produced by Andrew Lazar (Mad Chance), Christina Weiss Lurie (Fourth & Twenty Eight Films), along with MRC Film. Elizabeth Cantillon (Bisous Pictures), Michael Constable, and David Fliegel are serving as executive producers.

Persuasion will have its global premiere on July 15 and will become available for streaming on Netflix. Check out the rest of the images below: 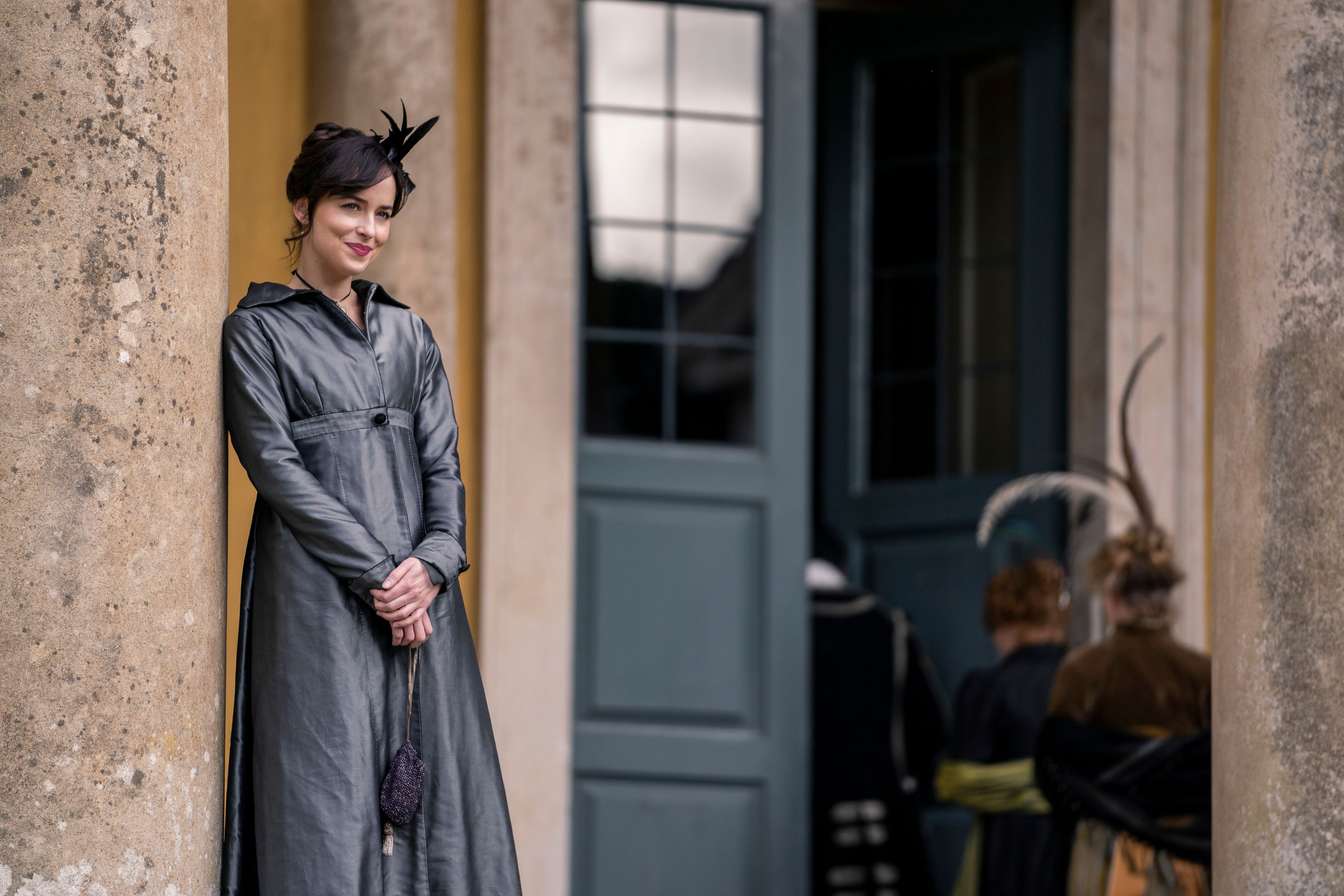