The closer we get to the theatrical release for Thor: Love and Thunder the more exciting new sneak peeks we’re fed. Recently fans were privy to some fresh ’80s glam covers for Total Film‘s upcoming July issue, and today we get to look behind the cover with three exclusive new images from the film. Fans already know to expect the return of god-bod Thor (Chris Hemsworth), Natalie Portman‘s Mighty Thor, and a pantheon of gods to come, now we just need all the sneak peeks we can get, please!

The maniacal serial-god-killer Gorr the God Butcher (Christian Bale) is just what the MCU needed to lure Thor from his retirement after the world-altering events of Avengers: Infinity War and Endgame. The images of everyone’s favorite God of Thunder, Jodie – sorry, Jane – Foster (is she now our favorite God of Thunder?) and a couple of Guardians from Total Film’s July issue give us a little insight to the film without giving too much away. Not too long ago Marvel released a brief new trailer that said plenty: Thor is building up a new team – the “greatest team ever” – to defeat Gorr, and that’s saying a lot coming from one of the previous Avengers after perusing the galaxy with the Guardians of the Galaxy. Thor and Mighty Thor will be joined by Valkyrie (Tessa Thompson) and Korg (Taika Waititi), as well as the Guardians.

One of the new images shows off nearly all of Portman‘s armor as Mighty Thor. Fans get to see the gauntlets, the intricate breastplate and the thick cape, as well as Jane Foster casually holding the reforged divine weapon of destruction, Mjolnir, as if it isn’t bruising Thor’s pride. From the looks of the photo Jane, looking very bit the Mighty Goddess, is having some sort of serious discussion, perhaps regarding the assembly of new warriors tasked with saving the gods.

In Love and Thunder we know that Thor is soul-searching and that this process has led him, in a montage set to Guns N’ Roses “Sweet Child O’ Mine”, to his former god-like glory. In the latest set of photos we see Thor is beneath a tree in a discussion with Mantis (Pom Klementieff) and Star-Lord (Chris Pratt), the caped and man-bunned version we’ve previously seen traveling with the Guardians. This is the one who wanted to lay down Stormbreaker and use his battle-worn hands for peace. In the third photo released our space Viking is relaxing, nonchalantly posed with a drink in a sleeveless top. The Thor we all know, with flowing locks and hammer-wielding muscles, has returned, and he’s ready to take up arms against Gorr.

Thor: Love and Thunder, directed by Waititi, hits theaters July 8. The July issue of Total Film is available for pre-order and goes on sale June 23. In the meantime, check out the images below: 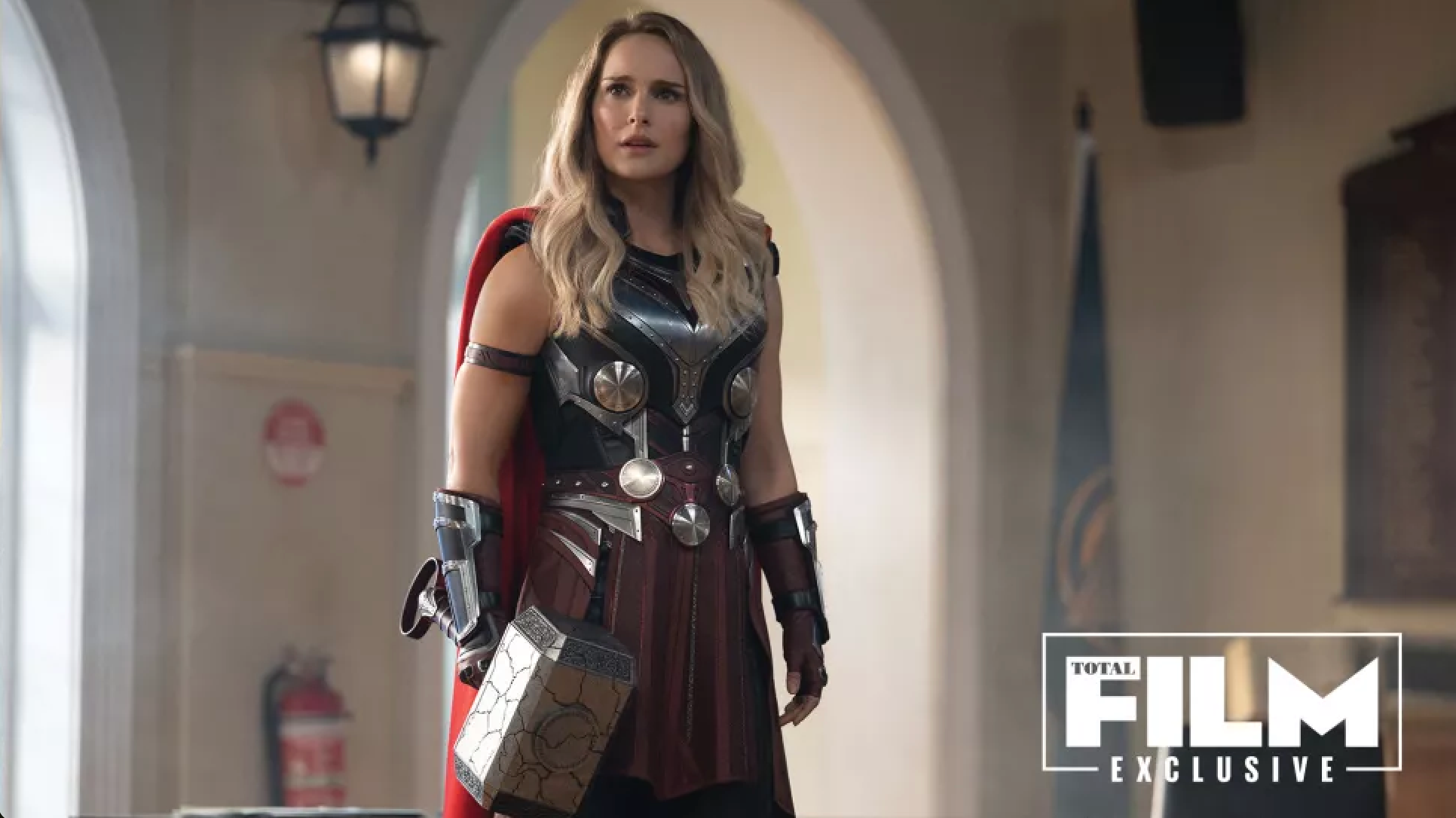