Netflix has unveiled first look images and the release date for Melissa Barrera-led survival thriller Keep Breathing. The limited series is coming to the streaming platform next month, and stars Barrera as a lawyer who has to survive in the woods after a plane crash.

In Keep Breathing, Barrera plays the role of Liv, a New York lawyer who finds herself alone in the woods after her plane crashes on the Canadian frontier. So far away from civilization and with no means to ask for help, Liv must count on her wits alone to survive the dire situation.

The first look images show exactly what we expect from a survival thriller, with Barrera looking scared inside a plane that seems upside down. In another picture, Barrera is also looking towards the horizon from the top of a cliff, with a cellphone in her hands. Once the initial shock of the accident is passed, Liv will want to check her surroundings and try to get a signal, which will probably lead her to climb a mountain. Finally, one of the images shows Liv lying on the ground by the side of a man. It’s unclear if the man is another survivor of the plane crash, but since Liv is all alone in every other image, maybe the lawyer will also need to take care of an unconscious colleague. That would surely add to the tension of the limited series.

Barrera is coming in hot from last year’s Scream, the soft reboot of the popular slasher franchise in which the star played one of the new Ghostface survivors. Barrera has also shown up in In the Heights and starred as co-lead Lyn in the three seasons of Starz’s Vida. After Keep Breathing, Barrera is already set to return to horror for Scream 6.

Keep Breathing is directed by Maggie Kiley and Rebecca Rodriguez, with Kiley handling the first three episodes and setting the tone for the show. The series is executive produced by Kiley with co-showrunners Martin Gero and Brendan Gall (Blindspot, The Lovebirds). Together with Barrera, Keep Breathing also stars Jeff Wilbusch, Austin Stowell, Juan Pablo Espinosa, and Florencia Lozano.

After her private plane crashes in the remote Canadian frontier, lone survivor and New York lawyer, Liv (Melissa Barrera), must battle both an unforgiving wilderness and past personal traumas to stay alive.

The six episodes of Keep Breathing come to Netflix this July 28. Check out the first look images below: 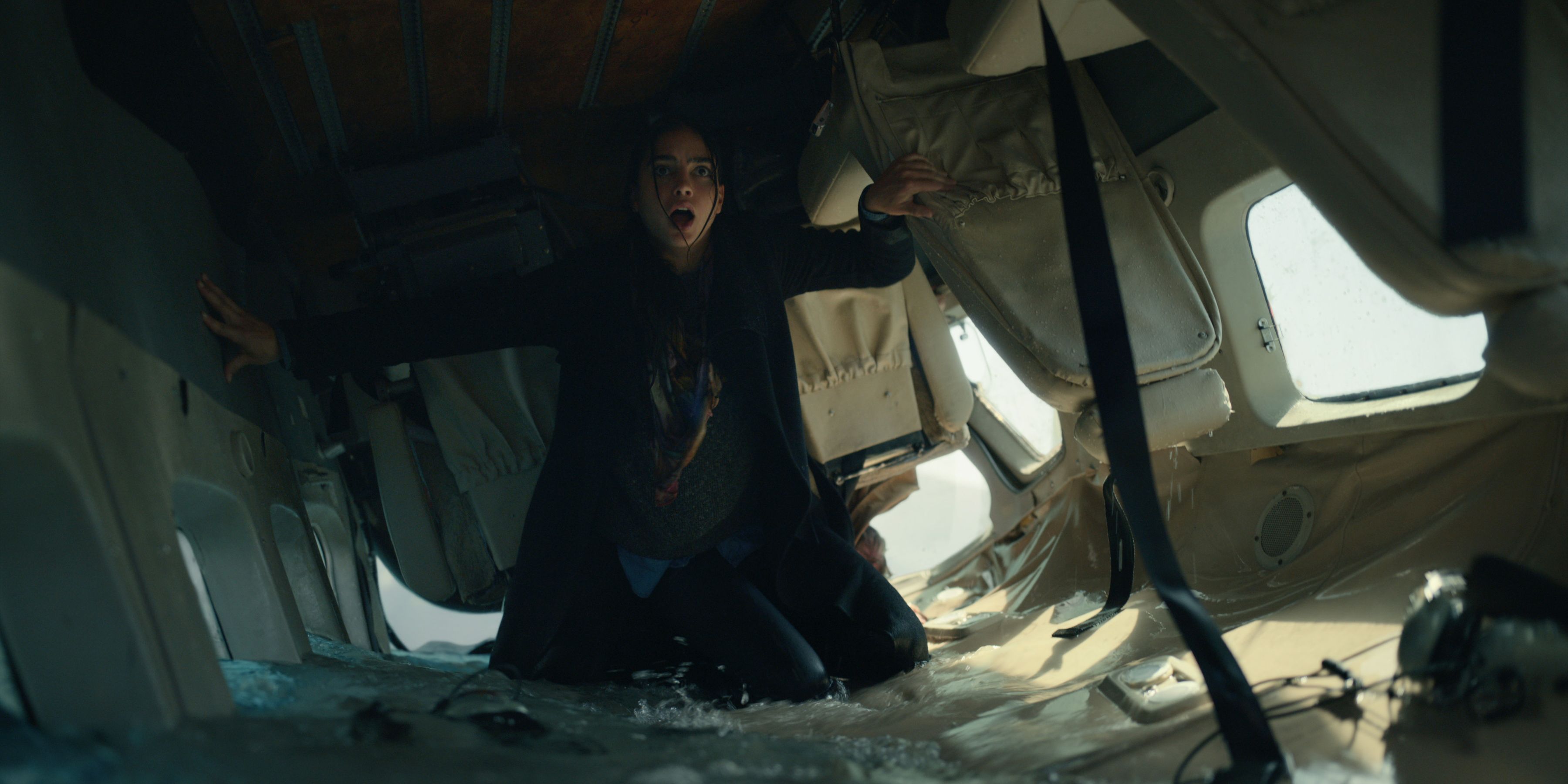