You’ve packed your bags and booked your flight. Everything is ready for your perfect solo Italian getaway, and you deserve it. Things have been stressful lately, and you just need to get a few thousand miles away from it all. But then, just as you set your bags down, and step onto the cool tile of your breezy Italian villa, yours for the week, the boom drops. There is a stranger in your villa. It’s just the recipe for a ruined vacation. Or, maybe, it’s the perfect recipe for a love story. It just depends on the genre of film.

But for Netflix‘s upcoming film, Love in the Villa, romance seems to be the result of this mix-up. And ahead of the film’s September 1, 2022 premiere, Netflix has just released a new batch of first-look images that set our hearts aflutter.Love in the Villa tells the story of a newly single woman, played by Kat Graham, who discovers that the romantic Italian villa she is staying in has been double-booked, and her impromptu bunkmate, played by Tom Hopper, is just the worst: cynical, witty, and with a to-die-for smile. But as their vacation draw on, the two grow closer, falling in love in one of the most romantic countries on earth. The new images, released today, give us a sneak peek into the love story ahead for these strangers serendipitously brought together by fate, or a bad travel agent.

From a picnic by the ocean, complete with pillows and fresh fruit, to a balmy nighttime walk on the cobblestone streets, a visit to a wall of locks adorned by the wishes and intentions of hundreds of hopeful lovers, and a tête-à-tête in a large and rustic kitchen, the new images show off the romance ahead for the cheery new romance from Netflix. These new images follow the first-look images released by Netflix, which were released at the end of April.

Love in the Villa is written and directed by Mark Steven Johnson, who seems to have a penchant for Italy-based romantic comedies. Johnson also directed the 2010 Kristen Bell, Josh Duhamel-led romantic comedy When in Rome which, by the way, doesn’t get enough credit for its breezy comedy and Bell‘s irresistible charm as the art-history-loving protagonist.

The new images, released today, may have gotten you in the mood for some summer-lovin’ (had me a blast), but you’ll have to wait for the tail end of the season to catch this flick, as it is set to be released on the streaming platform on September 01, 2022. Until then, however, you can catch a glimpse at the romance to come in the new first-look images below. 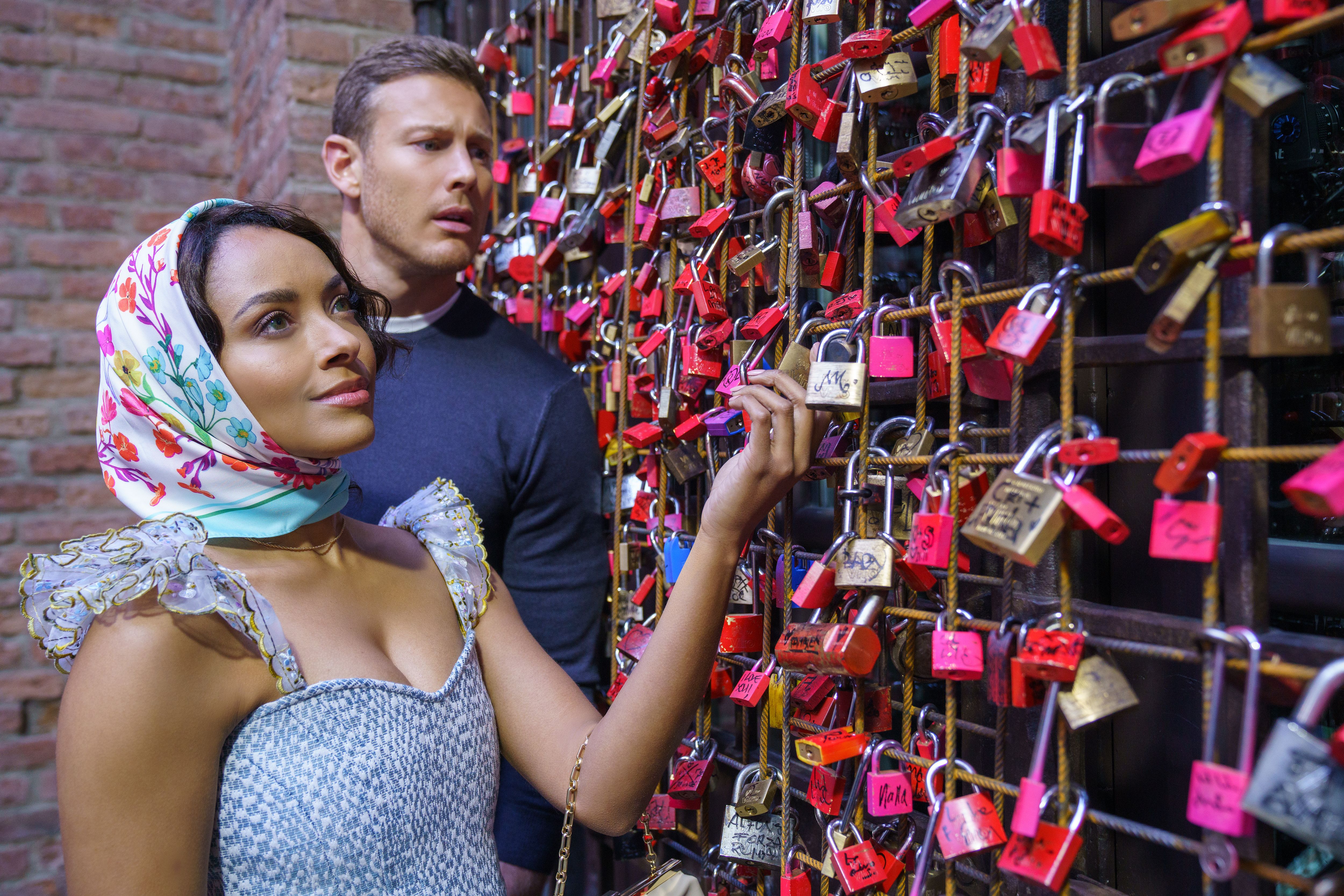