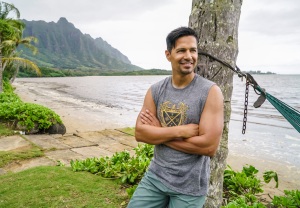 After being canceled by CBS after a four-season run, Magnum P.I. has just been revived by NBC. NBC has ordered 20 new episodes of the series, and word on the street is that these episodes will be broken up into two separate seasons. These two new seasons will bring the series to a total of 96 episodes.

The reboot of the popular 80s crime drama starring Tom Selleck tells the story of a Navy SEAL turned private investigator who uses his skills from the military to solve crimes in Hawaii. Jay Hernandez steps in for Selleck as Thomas Magnum, while Perdita Weeks, Zachary Knighton, Stephen Hill, Amy Hill, and Tim Kang round out the rest of the cast.

CBS initially canceled the reboot this past May even though it was a Top 25 show, most likely making Magnum P.I. the most-watched broadcast show to be canceled this season. The show was canceled mainly because CBS failed to make a new deal with rightsholder NBCUniversal that satisfied both parties. As soon as the news of the show’s cancellation broke out, Universal Television started shopping the show around to other networks. Now the show officially has a new home at NBC, but, since the options on the cast for CBS didn’t expire until June 30, it wasn’t until last night that the cast was officially picked up for the new seasons, and deals were finalized.

Eric Guggenheim is set to return as showrunner and executive producer. Justin Lin, John Davis, and John Fox will also all return as executive producers. The show will continue on as a co-production between Universal TV and CBS Studios. Magnum P.I. takes place in the same universe as two other similar reboots, Hawaii Five-0, and MacGyver. The three shows have been dubbed as the Lenkov-verse after Peter M. Lenkov, who co-developed Magnum P.I. and the other two shows. Canceling Magnum P.I. would have upset many fans, since the popular show has many unique things going for it, including being a rare primetime drama to have a Latino lead.

The original Magnum P.I. series was a huge success, running for eight seasons between 1980 and 1988. The Tom Selleck vehicle was frequently included in the top 20 in the Nielsen ratings and sometimes was as high as number 3. The reboot series has often scored high ratings as well, garnering 7.34 million viewers on average in its fourth season. It is currently unclear when the fifth and sixth seasons of Magnum P.I. will air, or when they will begin production.