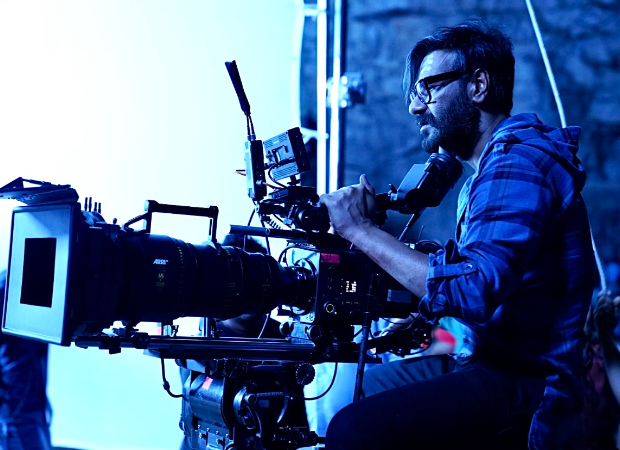 Actor-filmmaker Ajay Devgn is currently directing his fourth film—the high-octane, strongly-emotional drama Bholaa starring Tabu and himself in the lead roles. The actor has previously helmed U, Me Aur Hum, Shivaay, and Runway 34.

Now, he wields the megaphone yet again and without much ado, he is set to finish principal photography on his fourth directorial Bholaa by August 20. Asked how he managed to shoot the film so quickly post the release of his April release Runway 34, Devgn smiles mysteriously and says, “Well the preparation was done earlier on. It was just a question of getting behind the camera again and saying the three magic words-Lights, camera, action!’’

Bholaa is the remake of the Tamil blockbuster Kaithi. It was released in 2019 and was an action thriller directed by Lokesh Kanagaraj. The original film revolves around a prisoner, played by Karthi, who comes to the aid of the police when they are attacked by a gang of smugglers. In exchange, the police help him reunite with his daughter. The film was headlined by Karthi alongside Narain and Dheena. It is produced by S. R. Prakashbabu and S. R. Prabhu under the banner Dream Warrior Pictures and co-produced by Tiruppur Vivek under the banner Vivekananda Pictures.

Ajay Devgn was previously seen in Runway 34 which was released in April 2022. He will be next starring in Indra Kumar‘s Thank God with Sidharth Malhotra and Rakul Preet Singh.