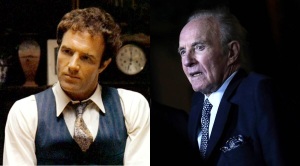 The American actor, James Caan, who came to prominence for playing the hotheaded Sonny Corleone in the classic 1972 crime film The Godfather, died Wednesday at age 82. The cause of Caan‘s death has not been confirmed, but the prominent actor has struggled with a variety of health problems over the years.

Confirming the devastating news via James Caan‘s official Twitter account, the tweet reads, “It is with great sadness that we inform you of the passing of Jimmy on the evening of July 6. The family appreciates the outpouring of love and heartfelt condolences and asks that you continue to respect their privacy during this difficult time.”

Caan was nominated for both the Golden Globe and the Academy Award for Best Supporting Actor for his performance in the movie The Godfather. In The Godfather Part II (1974), he reprised the role of Sonny Corleone and made a brief cameo appearance at the end. Caan was one of his generation’s most well-known on-screen actors, known for portraying tough and interesting characters. But the actor is also capable of playing a variety of roles, including the 1990 horror thriller film, Misery, where he played a novelist Paul Sheldon, held captive by his rescuer nurse Annie Wilkes, played by Kathy Bates. In 1978, Caan received a motion picture star on the Hollywood Walk of Fame.

Before starring in high-profile films in the 1970s, the actor had a small-scale film and television roles but finally earned a prominent role in Howard Hawks‘ car racing thriller Red Line 7000 in 1965. He then made an appearance in the western romance film El Dorado in 1966 alongside John Wayne and Robert Mitchum. The Bronx-born actor has had a long list of films, and is also known for portraying a wide-array of roles, including Thief (1981), Brian’s Song (1971), Rollerball (1975), The Killer Elite (1975), A Bridge Too Far (1977), Hide in Plain Sight (1980), The Gambler (1974), Funny Lady (1975), Elf (2003), and The Good Neighbor (2016), to name a few. Most recently, he appeared in the romantic comedy Queen Bees alongside Ellen Burstyn, Ann-Margret, and Christopher Lloyd.

Caan has five children, including Scott Caan who followed in his father’s acting footsteps with roles in Hawaii Five-0, Boiler Room, Varsity Blues, and Ocean’s Eleven. Our. condolences go out to the Caan family at this difficult time.