Eddie Redmayne looks like he’s up to no good in the first set of stills coming from Netflix’s upcoming hospital based crime thriller, The Good Nurse. The feature, set to premiere on the streamer sometime this fall, also stars Jessica Chastain with an ensemble cast including the likes of Nnamdi Asomugha, Noah Emmerich, and Kim Dickens. Directed by Tobias Lindholm (A War), the feature will serve as a dramatized telling of a true-crime story that rocked the medical world and made everyone think twice about who was taking care of them behind hospital walls.

Based on Charles Graeber’s 2013 book of the same name, Krysty Wilson-Cairns penned the on-screen adaptation that will follow the heinous crimes committed by serial killer Charles Cullen. Over his 16-year run as a medical professional, Cullen would claim the lives of somewhere around 300 patients by serving up lethal amounts of drugs to their systems. In some cases, he claimed that he was doing his victims a favor by putting them out of their misery (although many were likely to make full recoveries), and in other instances he alleged that the hospital was “dehumanizing” their patients, forcing him to commit murder. In the film, Chastain will star as the co-worker who first suspected and then worked to put an end to Cullen’s brutal career.

Knowing what we know about who Redmayne’s character will end up being, the first look images are chilling to say the least. In one, we see Chastain and Redmayne’s characters seated side by side on the hospital floor in front of a shelving unit full of medicines. Dressed in scrubs, the two look absolutely exhausted as they chat about the day. Giving us the chills, another shot features Redmayne looking into the room of a patient. Lingering and hovering just outside the door, he looks on with a darkness in his gaze and a pen to his clipboard – presumably making plans for his next victim.

In a solemn photo in which Chastain is portraying an incredible amount of emotion through her eyes, her character sits in the hospital looking off into the distance. Her eyes paint a story for us revealing that she’s completely drained and at her wits end dealing with the uptick of deaths. Finally, we see Chastain’s character sitting at a table and pleading her case and suspicions to Asomugha and Emmerich’s characters. The two men look to be in positions of power, whether that be at the hospital or as members of the police unit investigating the recent bizarre strings of death.

This first drop of images sets the stage for what’s to come with Redmayne embracing his inner evil and Chastain empathetically searching for an end to the unnecessary losses. As of right now, no release date has been set. You can check out the photos below: 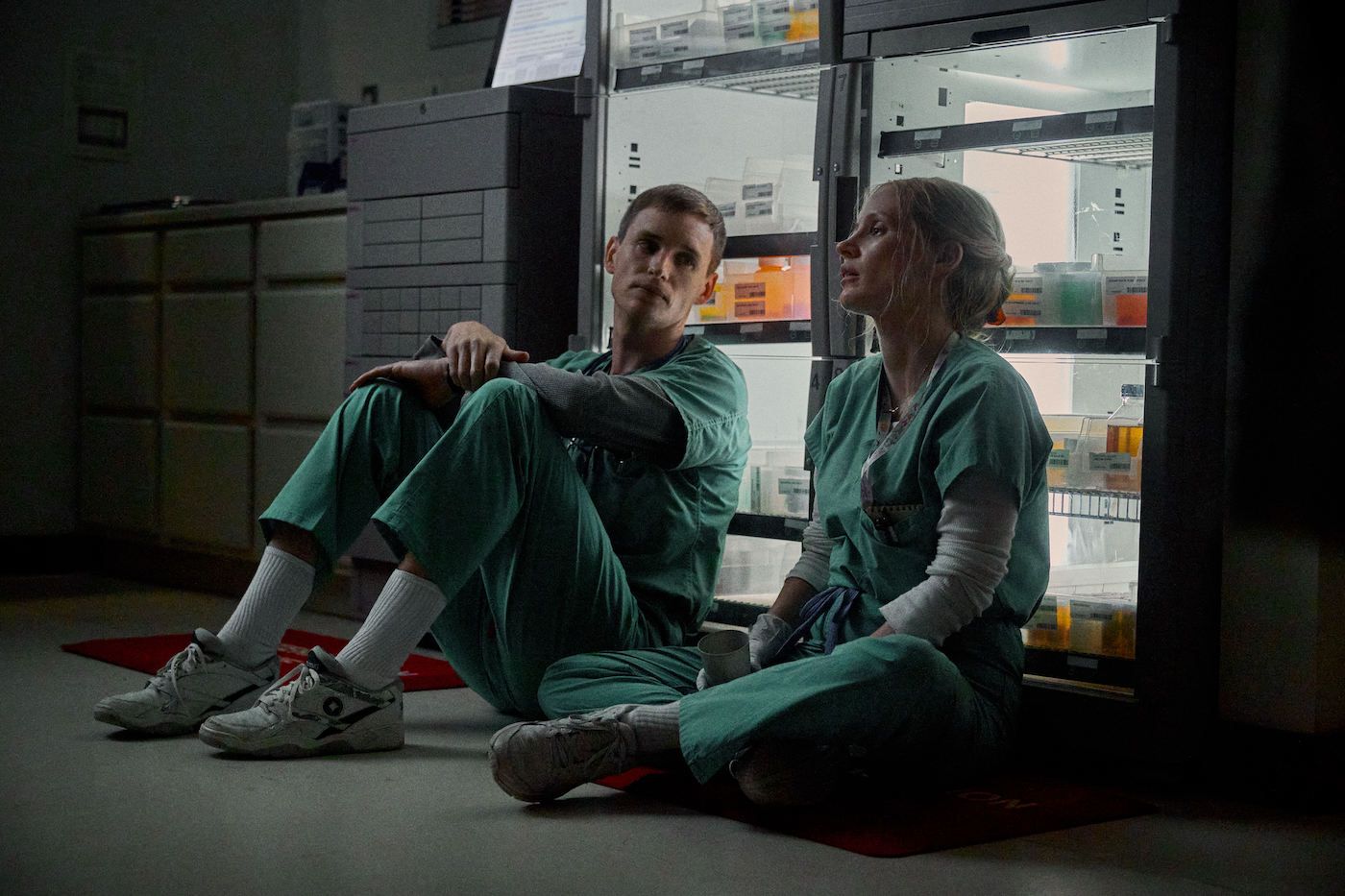