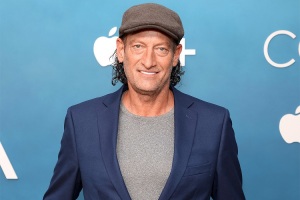 Oscar-winning actor Troy Kotsur is set to star in a new Disney+ series based on the unexpected win of the football team from the California School for the Deaf Riverside (CSDR), Variety has reported. The CODA actor will portray the team’s coach. The show is based on the true story of CSDR Cubs, the team that during the 2021 football season, went undefeated and got all the way to the California State Championship. While they played mostly hearing teams, the Cubs rose through their league surprising fans everywhere. The tale of their unparalleled victory won the heart of the nation.

The untitled series will follow the students, their families, and teachers in a dramatized setting. Ron Shelton (Bull Durham) director and former minor league baseball infielder, is set to write and direct the pilot as well as executive produce. Ben Shelton (Candy Jar) is also set to write and executive produce alongside Ron. Kevin Falls (Journeyman) is serving as the showrunner.

Kotsur became the breakout star of Apple TV’s CODA, a coming-of-age story following Ruby, the only hearing member of a deaf family starring alongside Emilia Jones, Marlee Matlin, Ferdia Walsh-Peelo, among others. The movie turned out to be a dark horse in the awards season and became the first film distributed by a streaming service to have won the Best Picture Oscar.

Written and directed by Sian Heder, the movie went on to win all three of Academy-Award nominations – Best Picture, Best Adapted Screenplay, and Best Supporting Actor (for Kotsur). He also went on to win a BAFTA, SAG-AFTRA, and Critics Choice award for CODA. The actor has previously expressed the desire to bring more stories from the deaf community to the forefront, saying in an interview,

We’ve had such a rich history in the Deaf community. We’ve had tragedy, we’ve had success, but no one knows about these stories. They’ve been ignored for so long. I want to bring forth this treasure trove of storytelling.

ABC Signature has partnered with CSDR, their football program, and the California Department of Education for bringing the story to Disney+. The writing and production team, both in front of and behind the cameras, will include artists from the Deaf community. John Maucere, an alumnus of CSDR, will consult and co-produce.