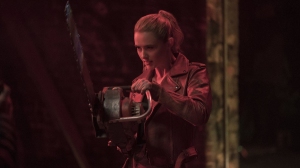 Mary Shelley’s Frankenstein has been a staple in the horror genre for over a century. The classic monster has been interpreted countless times on film and the latest reimagining, Lisa Frankenstein, coming from Focus Features is soon to bring new life to this gothic tale. Now, thanks to star Kathryn Newton, we know that Lisa Frankenstein has just started filming.

Newton shared the exciting news on her Instagram page, giving her fans a behind-the-scenes look at “Day 1” on set. The actress posted two images. One of the project’s official film slates and a chair from the set. Both the slate and chair bear the logo for the film which sees Lisa Frankenstein in a bright neon pink color. The blocky font is also very reminiscent of film logos from the classic Universal Monster era. While this doesn’t give anything new away about the story, it may hint at the tone of the overall film. Writer Diablo Cody is no stranger to the horror genre with the modern cult classic film Jennifer’s Body under her belt. That was a film drenched in satisfying horror motifs, but it also had a sharp comedic wit to it like Cody’s other modern classic coming-of-age story Juno. Lisa Frankenstein might very well be in that same horror vein. Also of note, this film will be actress Zelda Williams‘ directorial debut.

In terms of what we do know about the film’s plot, Lisa Frankenstein is set in 1989 where an “unpopular high schooler accidentally re-animates a handsome Victorian corpse during a lightning storm and starts to rebuild him into the man of her dreams using the broken tanning bed in her garage.” This sounds like a more modern take on the classic story and anyone well versed in Frankenstein lore may be able to deduce what the rest of the plot has in store, but it will be interesting to see what this film adds to the preexisting story. Whether it’s something more classic like the original 1931 Universal film and its masterpiece of a sequel Bride of Frankenstein or something more modern like I, Frankenstein, this monstrous tale has been done to death. However, given Cody’s track record and the synopsis, Lisa Frankenstein sounds like it will be going down the horror comedy route. If that’s indeed the case here, creating the perfect boyfriend with a broken tanning bed is sure to bring on its fair share of comedy and a unique take to the familiar story.

The last thing this film has going for it is its two leads. Along with Newton, who has starred in underrated horror gems like Paranormal Activity 4 and Freaky, this Frankenstein adaptation also stars Cole Sprouse. The actor has made a name for himself starring in hit TV series like The Suite Life of Zack & Cody and Riverdale (which has dabbled in horror), but has also starred in films like Moonshot and Five Feet Apart. It’s going to be very exciting to see these two young stars work together, especially given the film’s premise and genre.

While there’s currently no release date for Lisa Frankenstein yet, given that the film just started shooting, we should hear news on that front very soon. Until then, you can view Newton’s new behind-the-scenes post down below to build your undead anticipation for the film.

You can also get a taste of Newton’s impeccable comedic horror chops by streaming Freaky on HBO Max now, check out the trailer below: 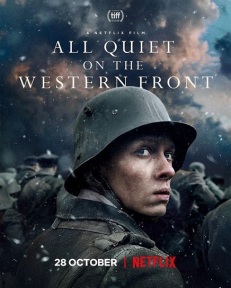