Netflix has revealed new images for Season 5 of Cobra Kai, the fan-favorite spinoff of The Karate Kid franchise. The latest photos give us a peek at Sean Kanan’s return as Mike Barnes, a character last seen in The Karate Kid III.

We have a lot of new Cobra Kai students in the new images, which was to be expected, considering how things ended up in Season 4. In the latest season finale, the Cobra Kai dojo won the All Valley Tournament, forcing the Miyagi-Do Karate dojo to close its doors permanently. What’s worse is that Cobra Kai’s director Terry Silver (Thomas Ian Griffith) decided to turn his dojo into a franchise, expanding the “no mercy” philosophy all over Los Angeles.

The new images also bring back Johnny Lawrence (William Zabka) and Danny LaRusso (Ralph Macchio), ready to fight back as they train a new generation of martial artists outside dojos. In the upcoming season, the former Karate Kid rivals will join forces to try to push Terry Silver out of the Cobra Kai, stopping him from spreading his poison into children’s minds.

Finally, the new images also feature Kanan as Mike Barnes, “Karate’s Bad Boy”. Mike Barnes is one of the main antagonists of The Karate Kid III, a brutal martial artist hired by Terry to bully Danny out of the All Valley Tournament. In the movie, Mike puts Danny’s life in danger, threatens those close to him, and even goes after Mr. Miyagi (Pat Morita). Mike and Terry’s unprofessional and dangerous behavior in and outside the ring is what leads the Cobra Kai dojo to be banned from the tournament forever, a decision Johnny, unfortunately, helped reverse in Cobra Kai.

Cobra Kai Season 5 premieres on September 9 at Netflix. Check out the new images below. 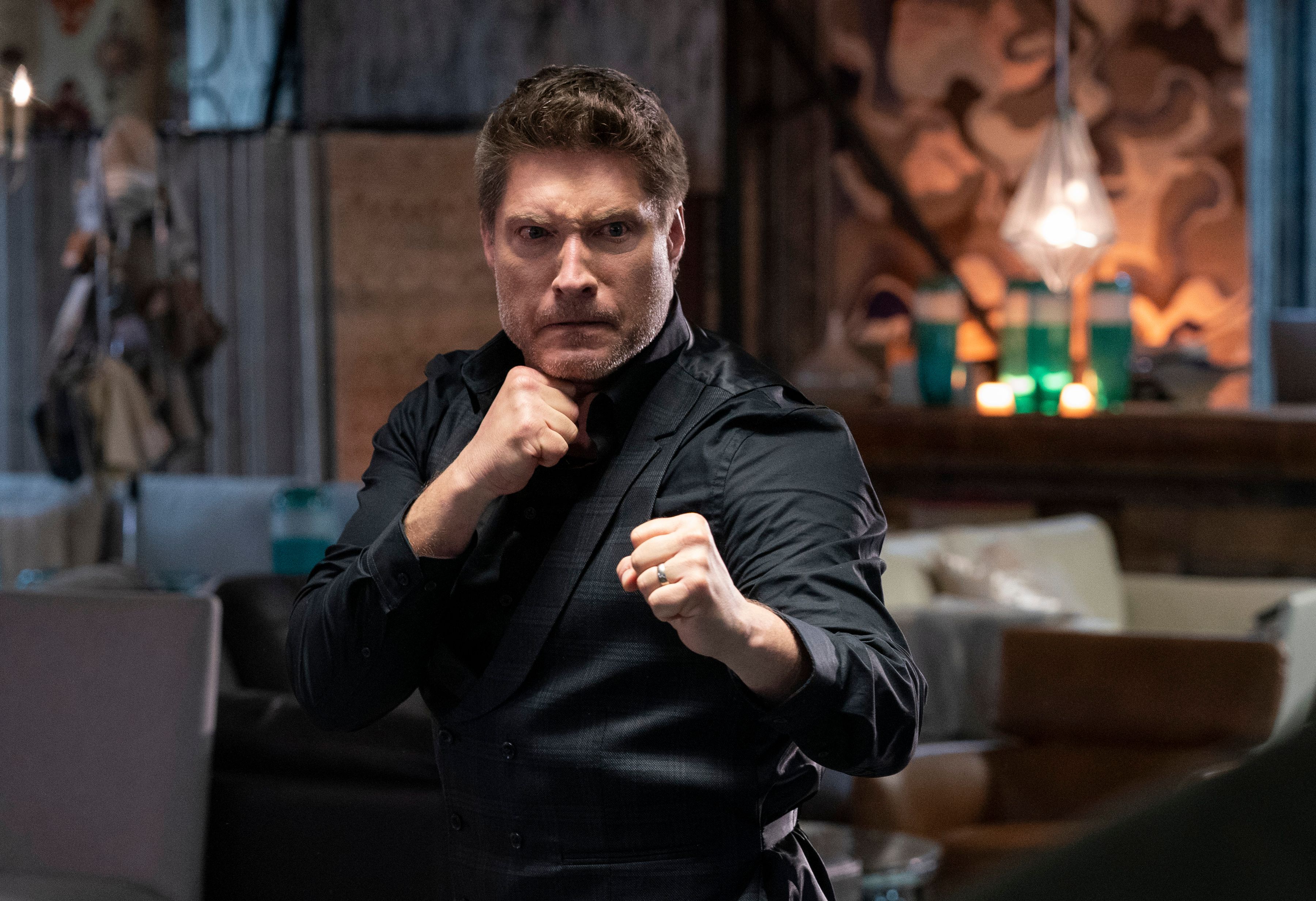 To learn more about what Season 5 is all about, check out the season’s trailer and synopsis below.

Following the shocking results of the All Valley Tournament, Terry Silver is expanding the Cobra Kai empire and trying to make his “No Mercy” style of karate the only game in town. With Kreese behind bars and Johnny Lawrence setting karate aside to focus on repairing the damage he’s caused, Daniel LaRusso must call on an old friend for help.