Things are getting steamy in a teaser for STARZ’s new romantic drama, Dangerous Liaisons. The series will serve as a account of the days leading up to the events of the classic 1782 novel by Pierre Choderlos de Laclos titled, Les Liaisons Dangereuses. Along with the first look teaser, the network also announced that the lust-filled romance will hit the platform on November 6, with episodes following weekly on Sundays. If you’re more of a streamer, new episodes will hit the STARZ app weekly on Sundays at midnight.

Transporting viewers back in time to the 18th century, the teaser begins to fill in the background on leading lovers and characters, Camille (Alice Englert) and Valmont (Nicholas Denton). Passions rise and intensity burns as the duo’s relationship quickly heats up. But, as Camille attempts to climb the social ladder after being given a roof over her head by Marquise de Merteuil (Lesley Manville), the love games between her and Valmont only begin to become more dark and sinister.

Over the years, there have been countless takes on Laclos’ classic tale of deceit and seduction. Released within just one year of each other, there’s of course Stephen Frears’ Dangerous Liaisons and Miloš Forman’s Valmont. Both followed the original story closely, sticking to the time period and each featured a cast of A-list talent with Dangerous Liaisons starring Glenn Close, John Malkovich, Michelle Pfeiffer, and Uma Thurman, and Valmont featuring Colin Firth, Annette Bening, and Meg Tilly. And, who could forget the 1999 masterpiece that was Cruel Intentions which was a modern day take on the story launching the careers and relationships of some of the biggest actors of that time including Ryan Phillippe, Reese Witherspoon, Sarah Michelle Gellar, and Selma Blair.

Proving there’s never too many ways to tell a good story, STARZ’s series take on the French novel appears that it will bring the heat, drama, and seduction when it lands on the platform November 6. Check out the photos, teaser, and official synopsis below: 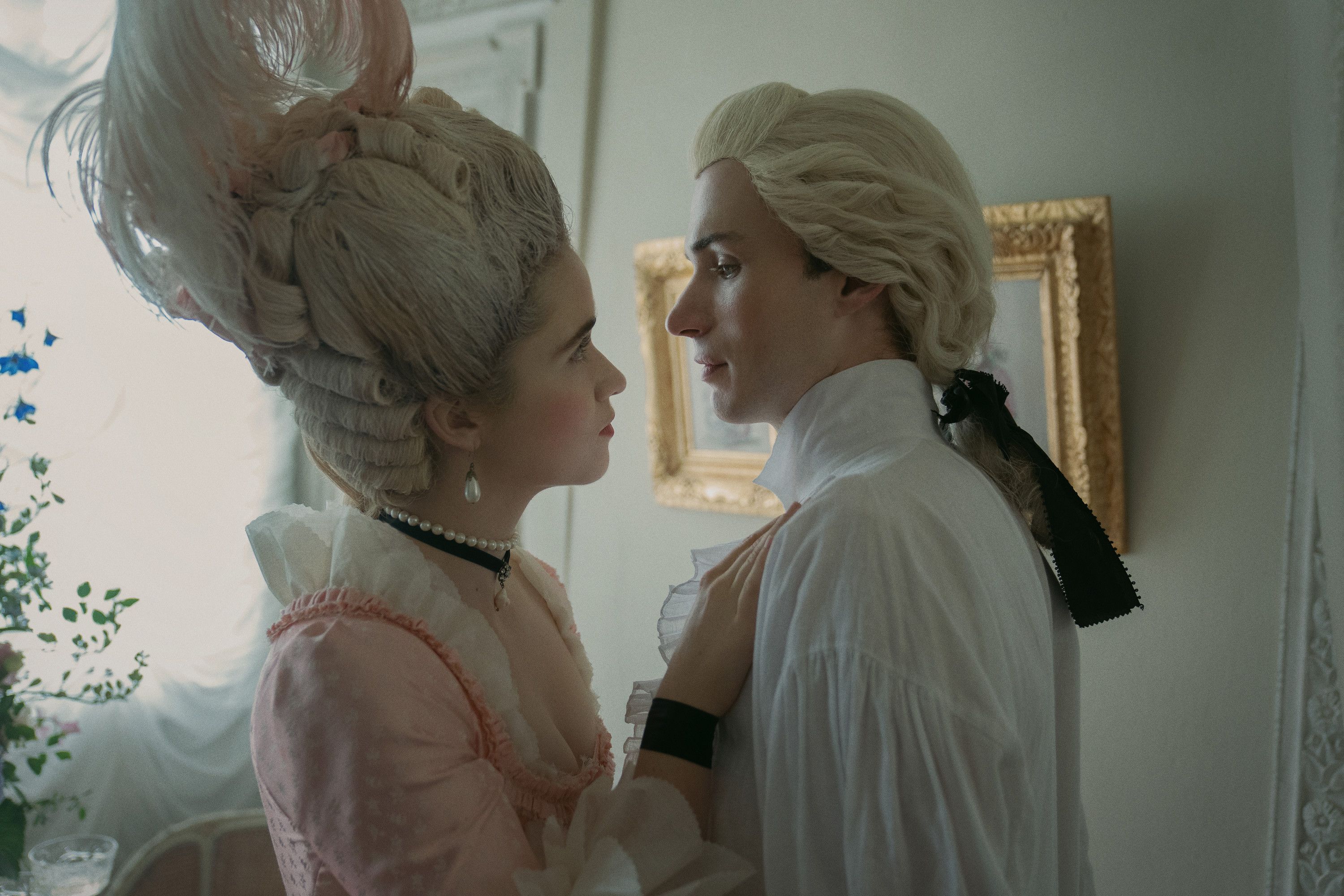 “Dangerous Liaisons” is a bold prelude of Laclos’ classic 18th century novel focusing on the origin story of how his iconic characters, the Marquise de Merteuil and the Vicomte de Valmont, met as passionate young lovers in Paris on the eve of the revolution. This modern take on a classic story takes audiences through wonder and terror, beauty and degradation, seduction and deception in pre-revolutionary Paris. Driven to right the wrongs of their past, the young couple’s survival depends on their skills of seduction and manipulation of not only the French nobility but of each other. Alice Englert and Nicholas Denton portray the notorious lovers: Camille who is taken in by the current Marquise de Merteuil (played by Lesley Manville) navigates her own path in a world of men, using the power of secrets to take back control, and Valmont who will stop at nothing to regain his title that was recently taken from him. Their on-again off-again love story is the heart of the series. It’s not love… it’s war.