The endlessly creative mind of Tim Burton will be in charge of directing a brand-new rendition of the iconic creepy family of aristocrats, the Addams, in his TV debut Wednesday, and today, Vanity Fair exclusively released a selection of first-look pictures showcasing the titular characters posing together on and off the screen.

First appearing in the pages of The New Yorker in the late 1930s, the Addams family were imagined and brought to life by the hand of cartoonist Charles Addams. Over the years they saw multiple adaptations, from the screen to the stage, and now Burton is directing the upcoming Netflix adaptation. The series, a co-creation of Miles Millar and Alfred Gough, adopts a coming-of-age lens as it focuses on Gomez and Morticia’s teenage daughter Wednesday and her time as a high schooler at Nevermore Academy. While she navigates the ups and downs of high school life, Wednesday must also master her control over her psychic powers, stop a series of killings that are terrorizing the town of Jericho, and solve the decades-long mystery that has cursed her family.

The pictures showcase the costumes designed by Colleen Atwood, Burton’s longtime collaborator who worked with the filmmaker on projects like Sweeney Todd: The Demon Barber of Fleet Street. Without a doubt, there was an attempt in both costumes as well as make-up to bring to life a closer version of the family as portrayed in the original cartoons as possible, which means, for instance, having Gomez be shorter than Morticia. “[Burton] wanted the silhouette to look more like the Charles Addams cartoons,” Gough said, “which is Gomez shorter than Morticia, versus the kind of suave Raul Julia version in the movies.”

Seeing the family posing together brings no doubt that the creative team has nailed the family’s iconic aesthetic. Morticia, played by Catherine Zeta-Jones, looks fabulously glamorous in her mermaid shaped long-sleeved pitch-black dress. Wednesday, played by Jenna Ortega , wears a patterned black dress with a razor-sharp white collar, Luis Guzmán as Gomez looks stylish in his striped suit. Pugsley, portrayed by Isaac Ordonez , looks the most casual of the four.The comedy-horror Netflix series will be 8 episodes long, but has not yet set a release date. Check out the rest of the new images below: 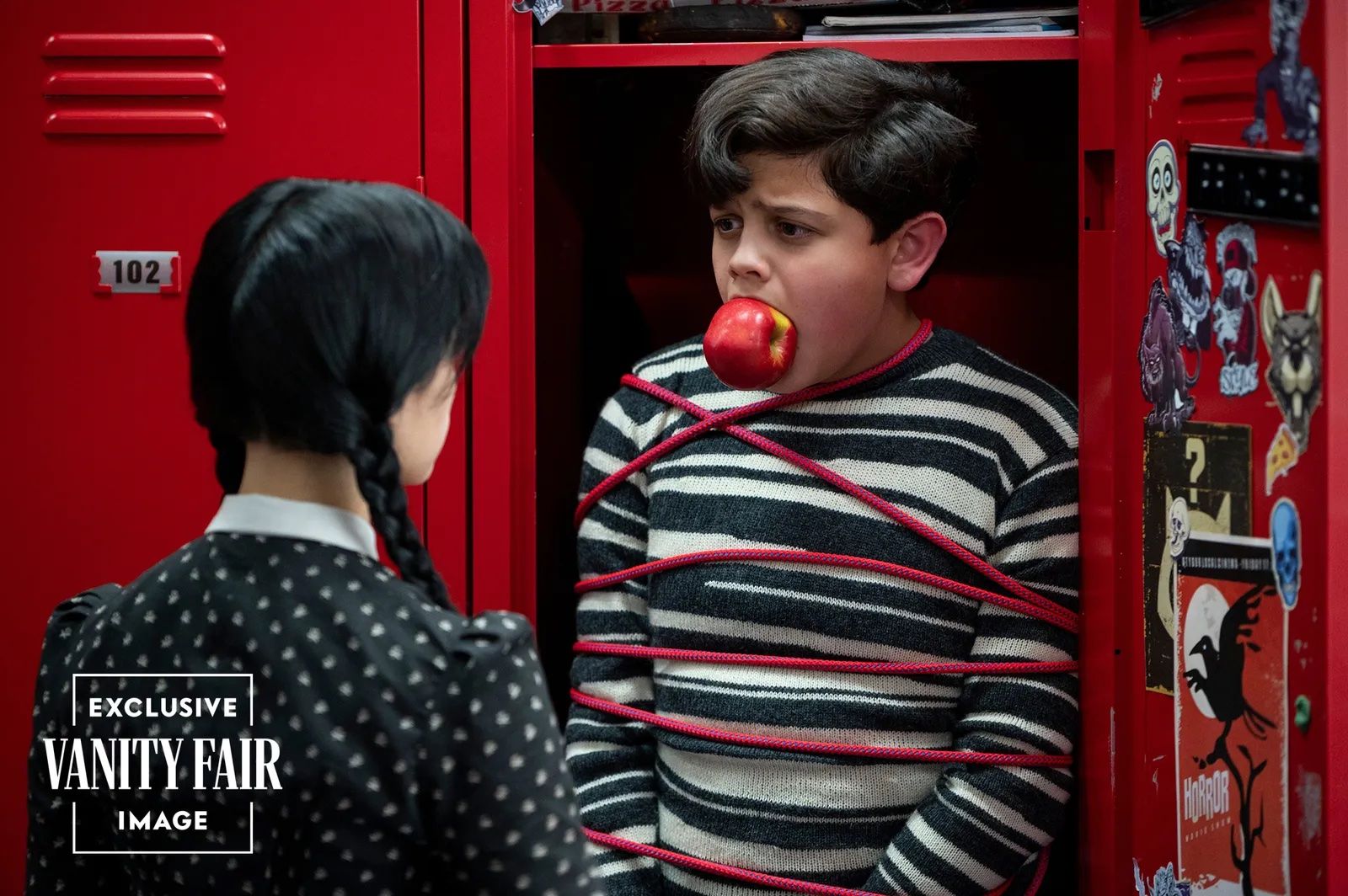 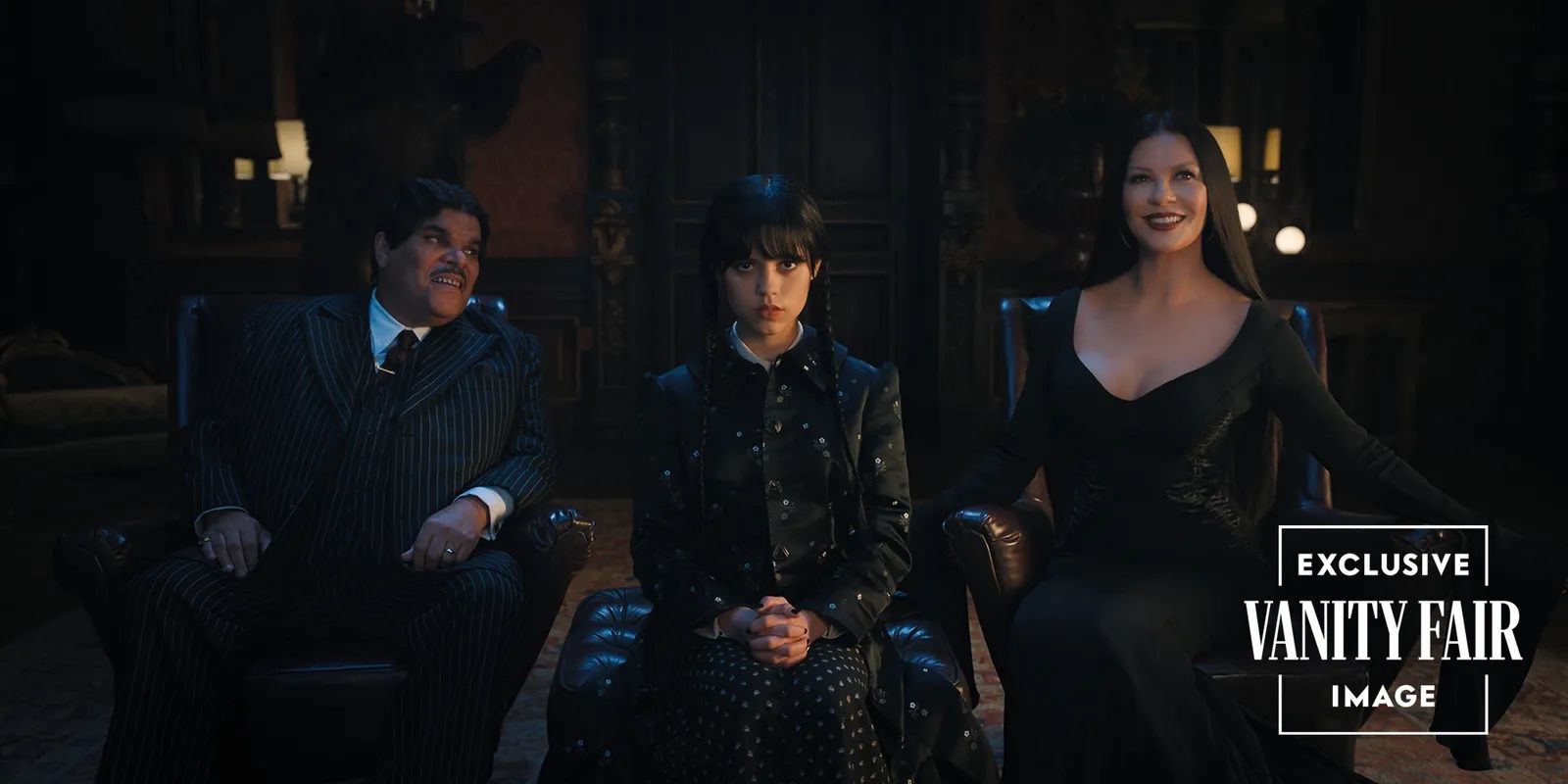