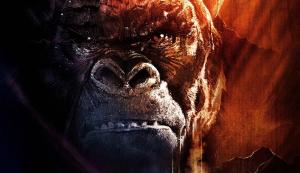 As one of the cinema’s most famous icons, King Kong is certainly no stranger to the silver screen. The Eighth Wonder of the World has been a staple of film history since 1933, and he was seen on the big screen as recently as last year when he starred in Adam Wingard‘s team-up blockbuster, Godzilla vs. Kong. But soon enough, Kong will be making his way to the small screen. It has been announced that Disney+ is currently working on a live-action series based on the gargantuan gorilla, courtesy of James Wan and Stephany Folsom. We’ve certainly seen our fair share of movie stars get into streaming, but who would’ve thought that Kong would soon join them?

As Deadline reported, King Kong, which is its working title, will follow the origins of the famous ape, in a serialized action-adventure drama that will “bring the classic monster story into the modern age.” We will take another journey into Skull Island and explore the dawn of a new Kong, while focusing more intently on the grand mythology of this ferocious beast, along with the supernatural mysteries of his jungle home. Created by Folsom (Paper Girls), Disney+‘s King Kong takes inspiration from Merian Cooper‘s original books and Joe DeVito‘s recent novelizations, with the latter likely providing a greater focus on the story.

It should be noted that this streaming series isn’t the first time that Kong has flirted with television. At one point, King Kong Skull Island was in development with a different creative team. With that said, that ill-fated show was also set to take inspiration from DeVito and Cooper‘s novels. Alas, it didn’t come to be. Also worthy of note is that Kong will be at the center of Netflix‘s anime series, Skull Island, which is part of Warner Bros.‘ still-ongoing MonsterVerse. The next chapter in that monstrous cinematic universe, Godzilla Vs. Kong 2, which will once again be directed by Wingard, is currently in production. So, even though Kong is going to a new medium, he’s thankfully not planning to leave the silver screen quite yet.

If, like me, you were wondering how Disney+ is able to make this series while Warner Bros. holds tight to these rights, it appears that the giant gorilla’s licensing is entangled in a few knots. While it is beholden to WB in at least some respects, Disney can also work with the cinematic character and make their own streaming series simultaneously. With that said, this newly-announced Disney+ show isn’t expected to be interconnected with what WB is doing with their monster movie franchise. Likely, it’ll be its own thing.

Along with Folsom and Wan, who is producing under his Atomic Monster label, King Kong will come from executive producers Michael Clear, Rob Hackett, Marc Manus, and Dannie Festa. The latter, it should be noted, was also involved with King Kong Skull Island. Perhaps the second time is the charm.

We’ll keep you posted on the latest developments on this show as Kong’s nearly 100-year reign on the big screen is expanding. Hopefully, for the better.