The most wonderful time of the year is right around the corner, which means an embarrassment of riches for those of us who like nothing more than a cozy rom-com decked entirely in twinkle lights, ribbons and mistletoe. The latest in this delightful subgenre of holiday fare is Hotel for the Holidays, which stars Madelaine Petsch and Mena Massoud, and is set to premiere on Amazon Freevee this December.

According to The Hollywood Reporter, Hotel for the Holidays follows hotel manager Georgia (Petsch) who finds her affections torn between a hotel guest — who is also an ex-prince, to boot — and the hotel chef (Massoud). While further details of the plot have yet to be revealed, a few first-look images have been released , featuring both Petsch and Massoud looking awfully adorable surrounded by Christmas lights. If I were an ex-prince staying at an ecclectic hotel, I’d probably be more than a little nervous.

Petsch is perhaps best known for her iconic turn in The CW‘s Riverdale, where she has played the role of Cheryl Blossom for the past seven seasons. She also stars in the upcoming film Jane alongside Chloe Bailey and Chloe Yu, which hits theaters this September.

Massoud rose to prominence playing the title role in Disney‘s live-action adaptation of Aladdin. He once again brought the romantic charm in Netflix‘s The Royal Treatment, playing a prince who falls in love with a no-nonsense stylist (Laura Marano). Though The Royal Treatment wasn’t a Christmas rom-com, it had all the vibes of one, which bodes well for Hotel for the Holidays when it releases this December.

Krevoy‘s Motion Picture Corporation of America is producing the film. While the name might not immediately ring any (jingle) bells, they are the company behind Netflix Christmas staples Holiday in the Wild with Rob Lowe and Kristen Davis, the Princess Switch trilogy with Vanessa Hudgens, and this year’s Falling for Christmas starring Lindsay Lohan.

Hotel for the Holidays premieres this December on Amazon Freevee. Check out more images below, as well as the trailer for Massoud‘s last rom-com outing. 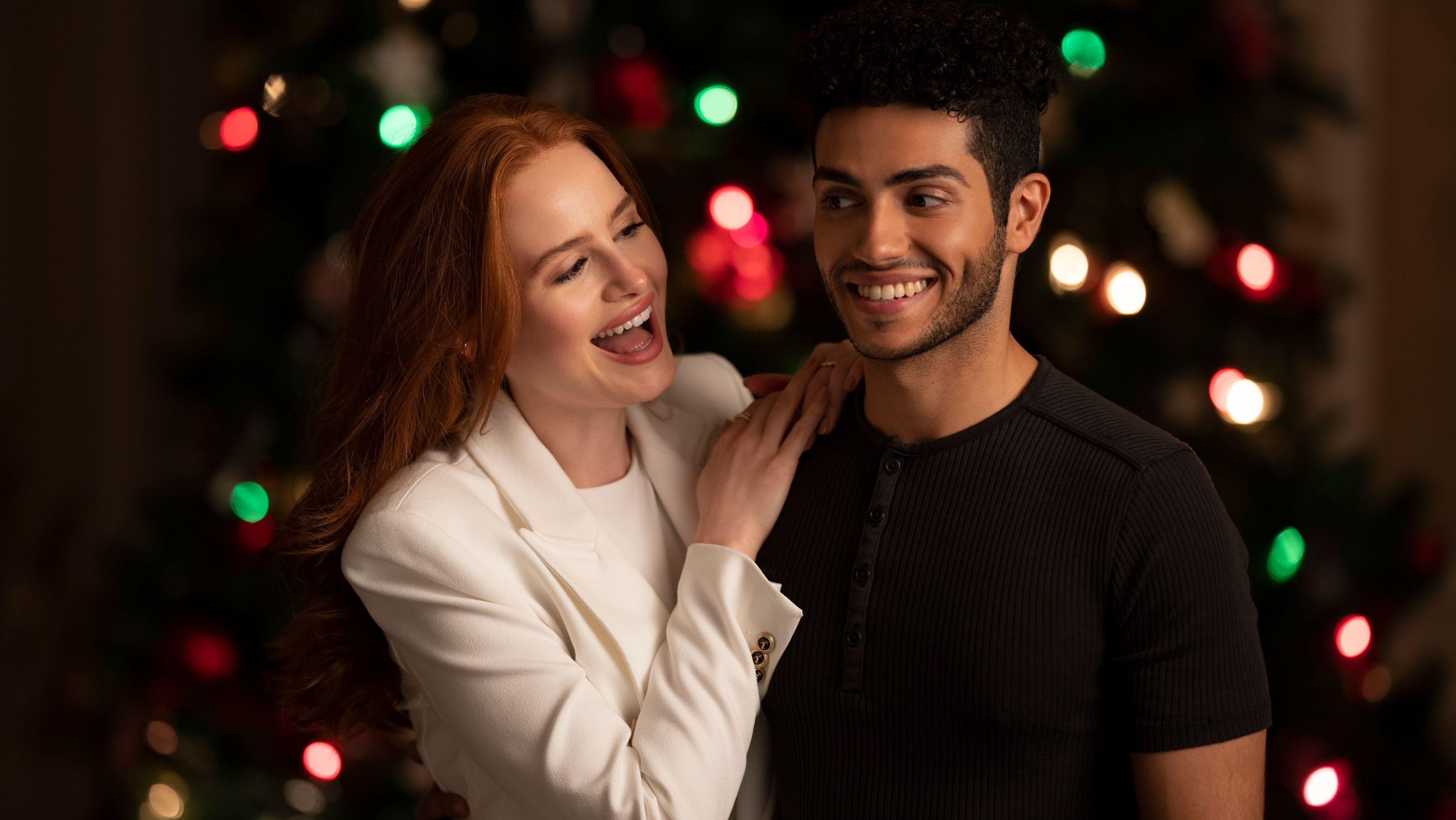