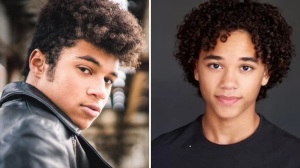 The Spiderwick Chronicles is making a return to live-action as Lyon Daniels, who previously appeared in We Can Be Heroes, and Noah Cottrell of Punky Brewster are attached to star in Disney‘s series adaptation of the beloved book series, according to an exclusive from Deadline. The two actors are set to play brothers Jared and Simon Grace, who are twins in the original story.

The announcement of the two leads comes shortly after the earlier reveal that Christian Slater, who also starred alongside Daniels in We Can Be Heroes, would be playing Mulgarath, an evil ogre who serves as the main antagonist of the story. While few details of the upcoming series have been revealed, the recent announcement of several cast members is an indication that the series should be gearing up for production soon.

The first two episodes of the streaming show will be directed by Kat Coiro, who recently helmed episodes of She-Hulk: Attorney at Law. Aron Eli Coleite, who previously co-developed Netflix‘s Locke and Key, will serve as showrunner for the series. While it remains unknown how closely the series will follow the source material, the ability to adapt the story into singular episodes offers the opportunity to fully utilize more details from all the books. More casting and filming information about the series is likely to be revealed soon.

Written by Holly Black and Tony DiTerlizzi, the original series of books centers on a young boy who, along with his brother and sister, discovers a hidden magical world full of fairies and goblins after revelations from a mysterious field guide. The series of books was previously adapted for the big screen with the release of a film adaptation of the same name in 2008. The film, which starred Freddie Highmore (Bates Motel) as both brothers, received positive reviews from both critics and audiences. With a new adaptation on the way, fans of the original books can soon revisit the classic story, which introduced the fantastical world around them, in a brand-new way.

Series authors Black and DiTerlizzi are attached to the project as executive producers alongside Jeremy Bell, D.J. Goldberg, Ellen Goldsmith-Vein, and Julie Kane-Ritsch. The series will be produced under Paramount Television Studios and 20th Television.

With the series still in pre-production, The Spiderwick Chronicles has no set release date.