New La Brea photos give a peek into the two parallel worlds in the upcoming second season which premieres Tuesday, September 27 at 9:00pm ET/PT. The hit NBC drama following a group separated by a sinkhole in Los Angeles that leads to to 12,000 years earlier. The series will stream the next day on Peacock.

The La Brea Season 2 photos answer some fan questions about what their favorite characters in the “down below” are up to in 10,000 B.C. and gives a taste of a new storyline taking place in the “up above” in 1988 Los Angeles. While some images are more familiar to previous scenes and themes of the show, several others show the new world like no other that is rad ’80s interior design.

Season 2 picks up with the Harris family still separated by time. Eve (Natalie Zea, Justified) is still mourning the loss of her son, Josh (Jack Martin, All Rise), after he mistakenly went through a portal that landed him in 1988. Meanwhile in prehistoric Seattle, her estranged husband Gavin (Eoin Mackin, Resident Evil: The Final Chapter), and their daughter, Izzy (Zyra Gorecki, Chicago Fire) are fighting their way through the dangerous world back to L.A. The second season also brings Jonno Roberts (Wrecked) into the mix as James, a brilliant scientist and businessman trying to save the world amid the catastrophic mess.

Season 2 of La Brea will air on Tuesday, September 27, and the episodes will be available on Peacock the following day. Take a look at the new photos below. 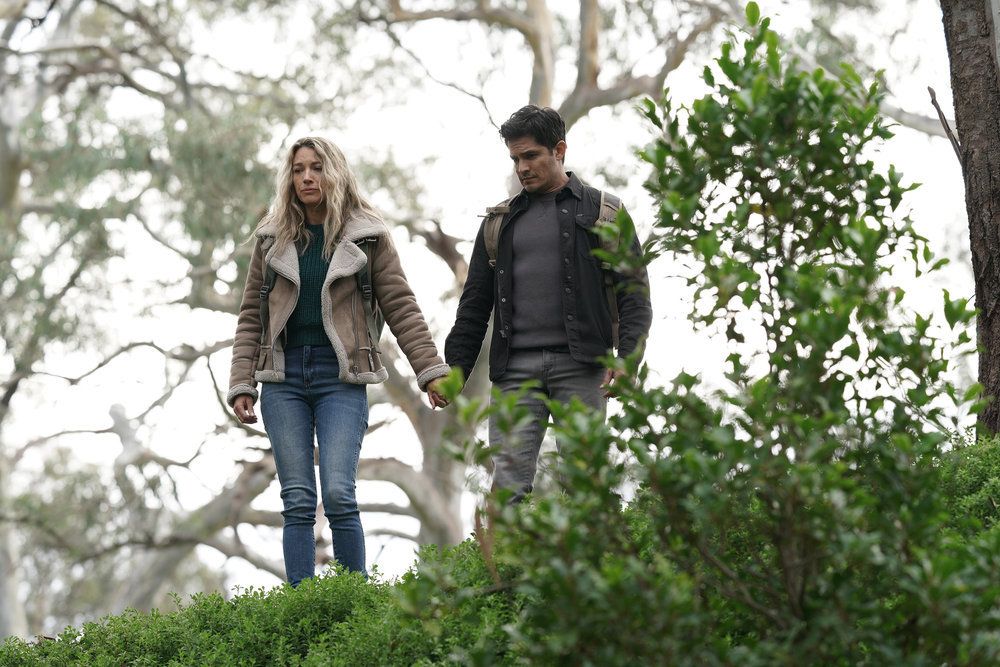