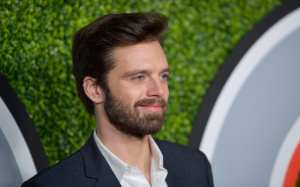 Ben Mezrich’s bestselling novel The Antisocial Network is about to get a film adaptation with an unforgettable cast. Black Bear Pictures announced today that Craig Gillespie‘s Dumb Money has cast Sebastian Stan, Pete Davidson, Seth Rogen, and Paul Dano—a foursome that guarantees that Twitter will never stop talking about this movie once it arrives in theaters. The script was adapted by Rebecca Angelo and Lauren Schuker Blum.

Remember when r/WallStreetBets changed everything when they went up against one of the biggest hedge funds in the world in an attempt to short squeeze GameStop? Yeah. This is a movie about that. Dumb Money is all about fortunes won and lost overnight in that bizarre David vs. Goliath, ripped-from-the-headlines—and Reddit—tale that launched a financial revolution that very nearly upended one of the oldest establishments: Wall Street.

With Dumb Money, Stan will be reuniting with his I, Tonya director Gillespie. They also recently worked together on another ripped-from-the-headlines tale, with Pam & Tommy, which also starred Seth Rogen. If you find a group of actors and directors that work well together—let’s keep that magic alive. The cast of Dumb Money has been booked and busy in recent months, with Dano getting critical acclaim for his work as The Riddler in Matt Reeves‘ The Batman, he is also set to appear with Rogen in Steven Spielberg’s The Fabelmans which premieres this November following its world premiere at TIFF. Following his Saturday Night Live departure, Davidson has had a thriving career, including starring in the recently released horror flick Bodies, Bodies, Bodies, and the upcoming rom-com Meet Cute and his Peacock series Bupkis.

Principal photography will begin this October.