After a long, long while, we finally have a better notion of what to expect from the upcoming – and highly anticipated sequel Glass Onion: A Knives Out Mystery. After announcing that the follow-up to the 2019 surprise hit had found its home on its catalog, Netflix then kept us in the dark and didn’t reveal much about the murder-mystery aside from the cast. This changed today, as the streamer finally decided to release some new information for us to feast upon.

The new material includes a slate of images that highlight franchise star Daniel Craig (No Time to Die) back again in character as Benoit Blanc, the incredibly thorough detective who doesn’t rest until he gets to the bottom of a complex mystery. In Knives Out, Blanc turned the Thrombey family mansion upside down while trying to discover which member had the bigger motive to assassinate the patriarch, and ended up discovering much more than he – and we – expected.

Also showcased by the new images are new cast members Jessica Henwick (The Matrix Resurrections), Ethan Hawke (The Black Phone), Edward Norton (The French Dispatch), Kathryn Hahn (WandaVision), Dave Bautista (Guardians of the Galaxy film series), Kate Hudson (Truth Be Told), Janelle Monáe (Homecoming), and Leslie Odom Jr. (Hamilton). In addition, the new stills underscore that no one is safe in this glamorous beach house dinner party, and that the suspects will also have to do some investigating of their own. Once again, the cast of characters are probably wild cards, like Bautista‘s character who wields a gun while riding a motorcycle without using his hands.

What we know so far from the characters is that Hahn is playing Claire Debella, a Connecticut governor who is running for a seat in the Senate, while Odom Jr. is scientist Lionel Toussaint. Hudson is a fashionista named Birdie Jay, Norton plays tech disruptor Miles Bron, and Bautista embodies a YouTube star named Duke Cody. Pop superstar Monáe is a tech entrepreneur named Cassandra ‘Andi’ Brand, and Henwick will play an assistant named Peg.

Glass Onion: A Knives Out Mystery brings director and screenwriter Rian Johnson (Star Wars: The Last Jedi) back to helm the comedy-thriller. Back when the original movie premiered, the filmmaker was immensely praised not only for reminding mainstream audiences how fun it is to watch a whodunit, but also for bringing a unique twist to this type of story. The movie raked in the whopping amount of over $300 million worldwide, against a budget of $40 million. The icing on the cake was the extremely talented cast, which featured Ana de Armas, Jamie Lee Curtis, Toni Collette, Chris Evans, Katherine Langford, Christopher Plummer, and many others. A third film was already confirmed by Netflix, with Johnson tapped to direct a third time.

Netflix premieres Glass Onion: A Knives Out Mystery on December 23.

You can watch the trailer and see more new images below: 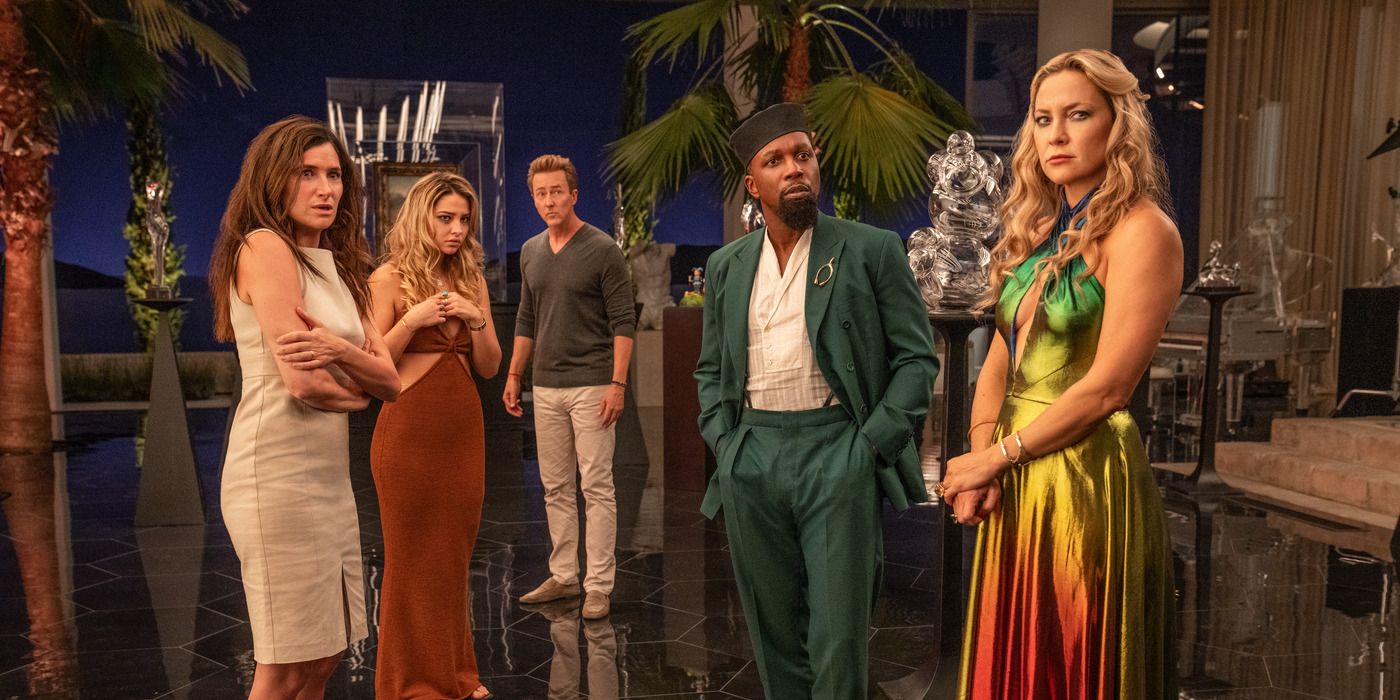