Matt Sobel‘s unsettling remake of the Austrian horror film Goodnight Mommy is gearing up for its Amazon Prime Video premiere on September 16. Ahead of its streaming debut, we have an official gallery of stills to share showcasing Cameron (The Boys) and Nicholas Crovetti‘s (Big Little Lies) growing suspicions that the woman under those bandages claiming to be their mother may not be who she says she is. The photos give us a sneak peek at the supporting characters, as well as an intimate glimpse at Naomi Watt‘s starring role as the psychologically unnerving Mother.

Adapted from its original screenplay by writers and directors Severin Fiala and Veronika Franz, Goodnight Mommy is a tense thriller that finds two young twin brothers Elias and Lucas (the Crovetti brothers) in a surreal situation when they go to visit their mother’s isolated country home. After being dropped off by their father (Peter Hermann), who we get a first look at in the images, the boys are stunned to find their mother’s (Watts) face entirely obscured by mysterious bandages. The sight is alarming, considering their father never mentioned any cosmetic surgery, as their mother claims.

At first, it’s only a sneaking suspicion that not all is as it seems, but when Watt’s character begins setting strange rules for the boys, chain-smoking around the house, and destroying the boys’ gifts to her, the suspicion turns to paranoia. The images show the twins searching for answers, tiptoeing around their mother, and even speaking with a police officer (Crystal Lucas-Perry) at some point. Trapped with this person who is growing increasingly more bizarre, the brothers begin to think that maybe whoever is under that gauze isn’t really their mother.

Not only do we get our first look at Hermann as Father, but the stills also show Mother reading the boys a bedtime story from Mary Shelley‘s Frankenstein, as well as a number of shots of her admiring and examining herself in mirrors. Watts angles herself one way, then another, seemingly infatuated with her appearance. In one shot the brothers are approaching a barn that sits nearby the house, and in another, we see only one of the boys running from the same barn, but it’s now up in flames. If you haven’t seen the original, the pictures may have piqued curiosity, but they only begin to unravel this film’s secrets.

The screenplay for the remake directed by Sobel is written by Kyle Warren (Lincoln). Goodnight Mommy is produced by V.J. Guibal, Nicolas Brigaud-Robert, David Kaplan, and Joshua Astrachan. Fiala and Franz, the original writers and directors of the Austrian film, serve as executive producers along with Watts, Warren, Sobel, Derrick Tseng, Sébastien Beffa, and François Yon.

Goodnight Mommy premieres exclusively on Prime Video on Friday, September 16. You can watch the full trailer and see the rest of the first-look images below: 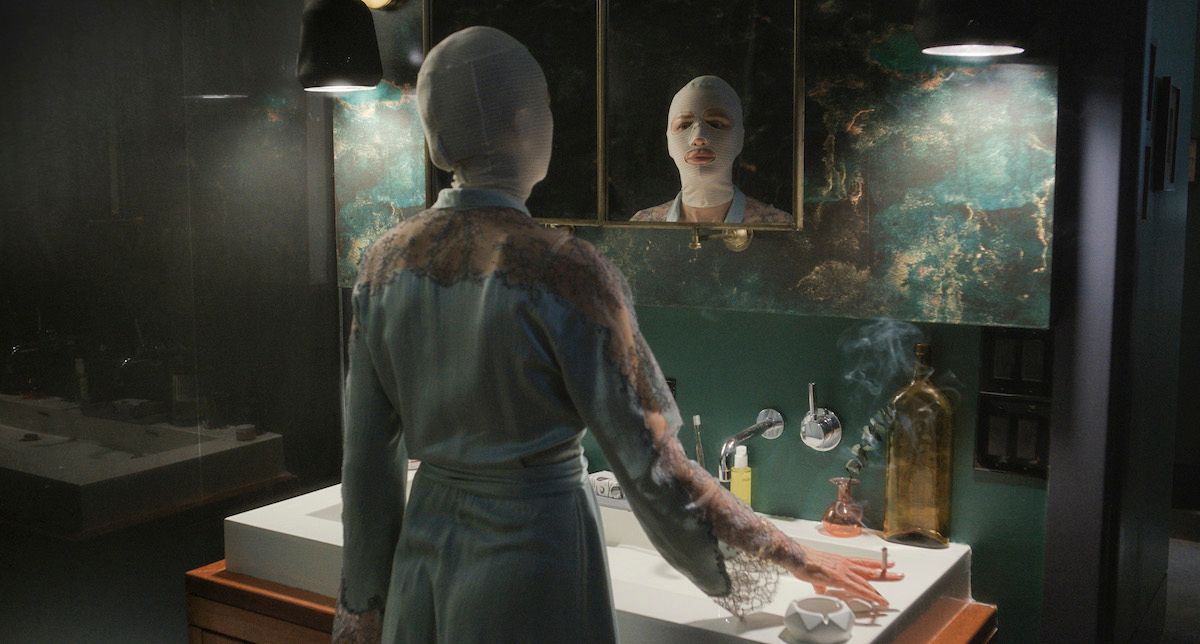