Michael Myers has consistently refused to give Laurie Strode the mercy she deserves since 1978—but he did offer her a four-year break from the decade-long bloodbath in Halloween Ends. Not without all the emotional turmoil, of course. And, in anticipation of the new and last Halloween sequel, which promises a last battle between the two, Total Film has exclusively unveiled three new images, following the Universal-released photographs of Michael and Laurie still trying to kill each other—with Michael still as bloodthirsty as ever.

The new photographs hint towards the well-known horror antagonist stalking Laurie in her home, four years after the horrible incidents in Halloween Kills. Director David Gordon Green revealed via Total Film that the superior final girl, Laurie Strode, has finally discovered serenity even without knowing where or what Michael has been up to lately. But everything must come to an end at some point. And for Michael, the finale means tracking down Laurie again to continue his long-enduring mission of killing her, as he has done for the past decades.

The director refuses to tease where Michael has been after the events of Halloween and Halloween Kills. “It’s like: I don’t want to see where Jaws goes to sleep at night when I’m watching a shark movie. I want to see him when he pops up, and he’s got an appetite,” he told Total Film. Jamie Lee Curtis, who played Laurie for decades, explained that her character is doing well, finally processing “the level of violence” Laurie had been exposed to since she was 17. “By the time you meet Laurie Strode, she has gotten help. Help to process the level of violence that has been perpetrated against her and her family. She’s done the work. And there’s a moment at the beginning of the movie where you actually meet Laurie – I’m not going to say she’s as innocent as she was back when she was a 17-year-old girl – but she has a layer of hope about her.”

Laurie will spend her best days with her granddaughter Allyson (Andi Matichak) in the latest installment of the Halloween saga, all while finishing her autobiography about her years-long traumatic experiences. And just as Laurie was about to break free from her grief and fear, a murder is discovered again, possibly a prelude to Michael’s violent return.

Alongside Curtis, Will Patton returns as Officer Frank Hawkins, while Kyle Richards portrays Lindsey Wallace, Corey Cunningham will star as Rohan Campbell, and James Jude Courtney will play the popular horror villain, Michael Myers. Whatever Michael has been planning all these years, all signals lead to Halloween Ends being another gruesome slaughter with more lives taken perpetrated by the one and only, undying Michael Myers.

Halloween Ends also teases that “only one of them will survive.” But who would prevail between the two? Is there even a conclusion? That will have to wait until Halloween Ends hits theaters and Peacock on October 14. For the time being, you may view the previously released trailer as well as the synopsis and the three Total Film exclusive new images below. 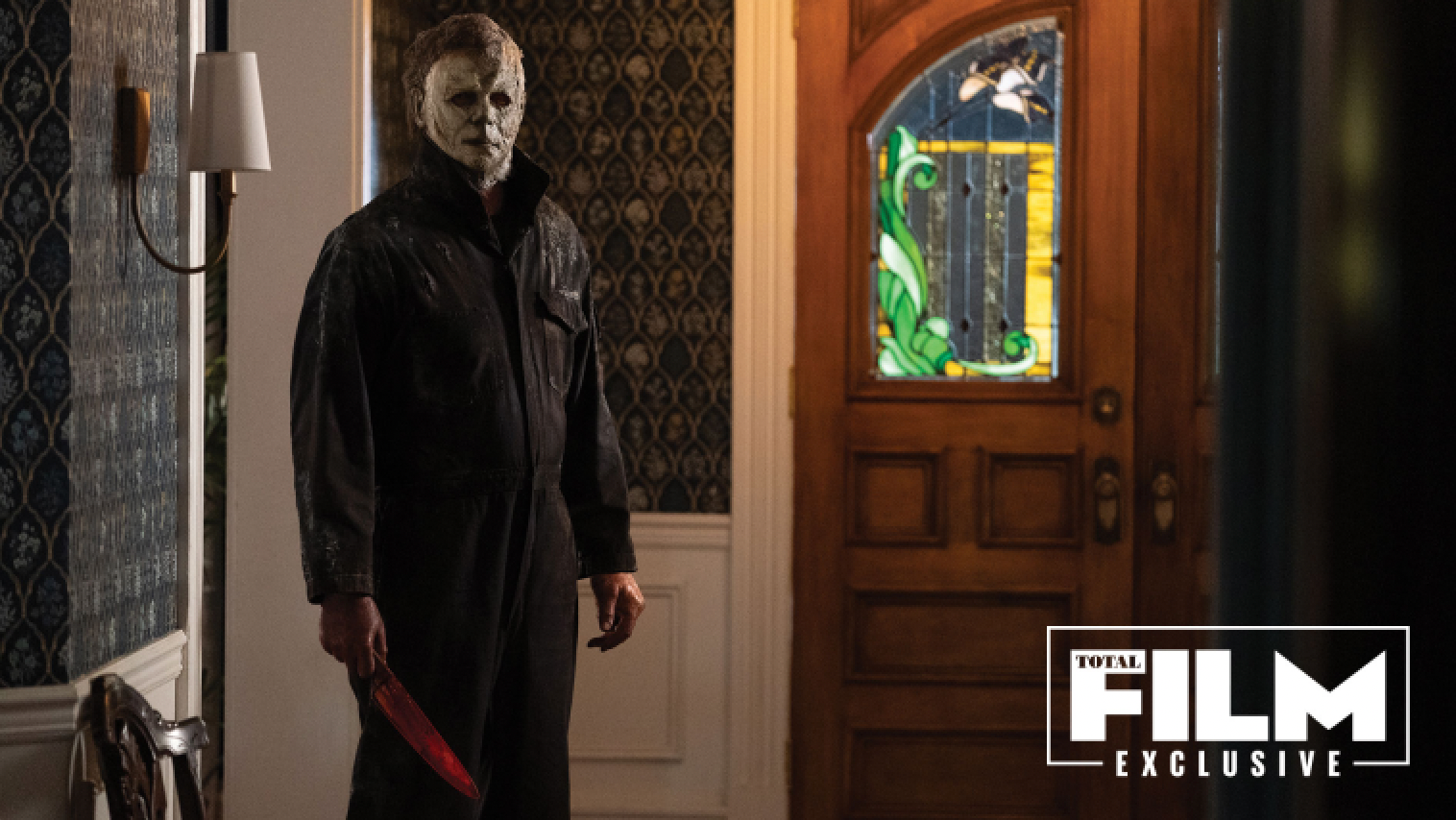 “Four years after the events of last year’s Halloween Kills, Laurie is living with her granddaughter Allyson (Andi Matichak) and is finishing writing her memoir. Michael Myers hasn’t been seen since. Laurie, after allowing the specter of Michael to determine and drive her reality for decades, has decided to liberate herself from fear and rage and embrace life. But when a young man, Corey Cunningham (Rohan Campbell), is accused of killing a boy he was babysitting, it ignites a cascade of violence and terror that will force Laurie to finally confront the evil she can’t control, once and for all.”