Apple TV+ released today a trailer and new images for their upcoming thriller series Shantaram. The story stars Charlie Hunnam (Sons of Anarchy) as a fugitive living in Bombay and trying to figure out his life’s purpose in the 80s. His seclusion is put in jeopardy when he meets and falls in love with a mysterious woman. The new show is set to premiere a month from now.

The trailer for Shantaram reveals Hunnam as Lin Ford, a man who escapes from prison and realizes that he’ll have to go halfway across the world if he wants to remain free. That’s how he ends up in Bombay, India, where he slowly starts to build a new life. Of course, Ford discovers the hard way that no one can remain hidden forever.

In addition, the trailer plays up the thriller aspects of the series, especially Ford’s relationship with Karla Saaranen (Antonia Desplat), who frequently blurts out the type of sentences that make us wonder what her deal is. Last but not least, the Shantaram trailer also reveals that, even though Ford is a wanted man, he finds a path to redemption in Bombay – which will make his life even harder if he’s forced to escape one more time.

Shantaram is created by Steve Lightfoot and Eric Warren Singer. The former has been widely acclaimed for his work in acclaimed series such as Hannibal and Marvel’s The Punisher, while the latter penned the highest-grossing film of 2022: Top Gun: Maverick. Lightfoot and Singer adapt the story from the best-selling novel of the same name by author Gregory David Roberts. Bharat Nalluri (The Man Who Invented Christmas) directs, while Lightfoot writes and also serves as showrunner.

Apple TV+ premieres Shantaram with three episodes on October 14. The remaining nine episodes will roll out weekly every Friday through December 16.

You can watch the trailer and check out the rest of the new images below: 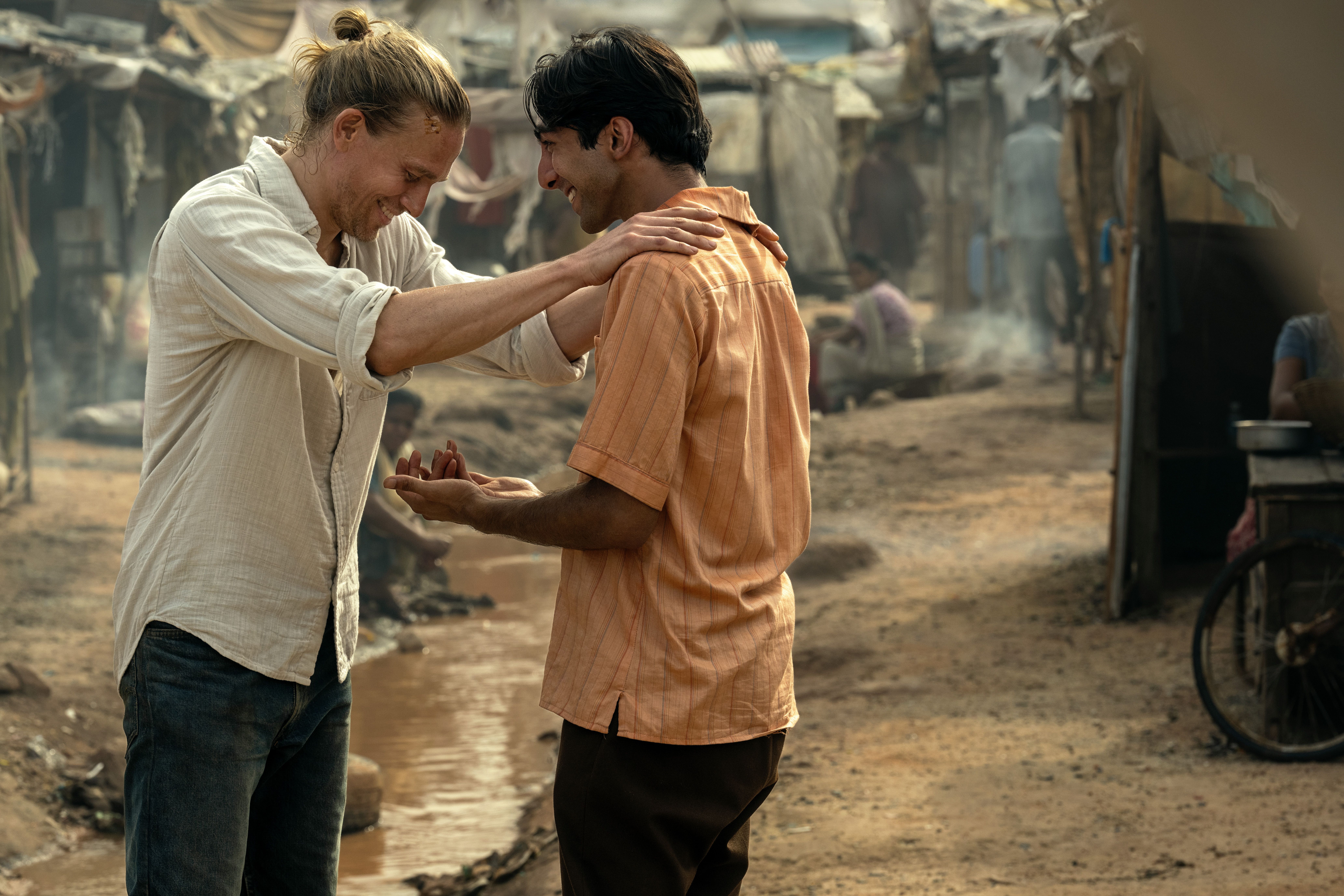 ‘Shantaram’ follows a fugitive named Lin Ford (Hunnam) looking to get lost in vibrant and chaotic 1980s Bombay. Alone in an unfamiliar city, Lin struggles to avoid the trouble he’s running from in this new place. After falling for an enigmatic and intriguing woman named Karla, Lin must choose between freedom or love and the complications that come with it.