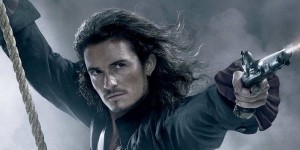 The upcoming Gran Turismo film adaptation has just found another star in Pirates of the Caribbean actor Orlando Bloom. Casting updates for the film have been running rampant as of late, with David Harbour and Archie Madekwe recently hopping on board the film. It currently isn’t clear what roles the actors will play. The movie is to be helmed by District 9 director Neill Blomkamp from a script by Jason Hall and Zach Baylan. The film will tell the true story of a teenager who becomes a professional race car driver after winning several Nissan competitions because of his skill in playing the Gran Turismo video games. The Gran Turismo video games are driving simulators without any real narrative.

Sony Pictures and PlayStation Productions are attached to the project. Asad Qizilbash, Carter Swan, Doug Belgrad, and Dana Brunetti will all serve as producers on the film. Kazunori Yamauchi, who created the original video game, acts as an executive producer on the movie adaptation alongside Hall. The Gran Turismo film already has a summer 2023 theatrical release date set.

In addition to playing Will Turner in several installments of the Pirates of the Caribbean film series, Bloom is known for portraying Legolas in The Lord of the Rings trilogy. Bloom has also appeared in the films Kingdom of Heaven, Elizabethtown, and The Three Musketeers. Bloom ended up reprising his role of Legolas in The Hobbittrilogy in the 2010s. Most recently, Bloom starred in the Prime Video series Carnival Row, as well as the sci-fi romance film Needle in a Timestack. Bloom is next set to appear in the films Red Right Hand and Wizards!

Harbour is known for starring as Hopper in Netflix‘s Stranger Things, as well as starring in Marvel‘s Black Widow. He will appear in several new films, including Violent Night, We Have a Ghost, Thunderbolts, and The Trashers. Madekwe is known for appearing in the films Midsommar and Voyagers, as well as the series See. Madekwe will next be seen on the big screen in the films Heart of Stone and Saltburn.

The original Gran Turismo game was initially released in 1997 for PlayStation and sold over 10 million copies. The game revolutionized driving games because of its (at the time) authentic graphics and realistic gameplay. As a whole, the entire game series has apparently sold over 80 million copies worldwide. However, that number now could be higher due to the fact that the statistic is from April 2018. This past March, the latest game in the series, Gran Turismo 7, was released for PlayStation 4 and PlayStation 5 to highly positive reviews.