Jennifer Lopez and Josh Duhamel are a couple at odds in a batch of photos for Prime Video’s upcoming rom-com, Shotgun Wedding. Released to the streamer’s Twitter account today, fans are getting a solid look at not just the romance between the leading characters, but also a peek at high profile ensemble members D’Arcy Carden, Cheech Marin, and Lenny Kravitz.

The first coupling of photos reveals the up and down relationship between Lopez’s Darcy and Duhamel’s Tom. While one shot sees the happy couple lovingly holding one another, the other reveals a knock down, drag out tug of war brawl in their disheveled wedding clothes. Upon closer inspection, the messier pic displays the couple bound in zip ties — alluding to the kidnapping aspect of the film.

Like the other photos, the second set also reveals two different vibes playing out at the festivities. In the first, Carden and Marin sit next to one another with a bottle of champagne placed on the table in front of them, presumably celebrating the nuptials between Darcy and Tom. The second photo reveals a very different scene with Kravitz standing knee-deep in a small body of water with his fists clenched. Standing behind him are the wedding guests with their hands raised up in an act of surrender looking concerned at whoever stands in front of them.

Shotgun Wedding will center around Darcy and Tom’s struggle in getting their very different and stubborn families together for their destination wedding. As the big day approaches, deep-rooted issues begin to threaten to tear the couple apart, making them question their bond. But, their relationship is really put to the test when their loved ones are taken hostage, forcing the bride and groom to set their differences aside and work as a team to free their family and friends.

Announced back in 2020, the feature was initially set to star Lopez and Armie Hammer before the upsetting allegations surrounding the actor began to circulate causing Hammer to step down. Following his leave, the Transformers star was cast, and the rest is history. Also starring in the feature will be Jennifer Coolidge, Sonia Braga, Selena Tan, and Callie Hernandez. Pitch Perfect director, Jason Moore, is standing at the helm of the production as its director with a screenplay penned by Mark Hammer and Liz Meriwether (New Girl). Todd Lieberman and David Hoberman will produce under the Mandeville banner. Lopez will also produce under her Nuyorican Productions alongside her partners Elaine Goldsmith-Thomas and Benny Medina.

Shotgun Wedding crashes onto Prime Video January 27, 2023. You can check out the first look photos below. 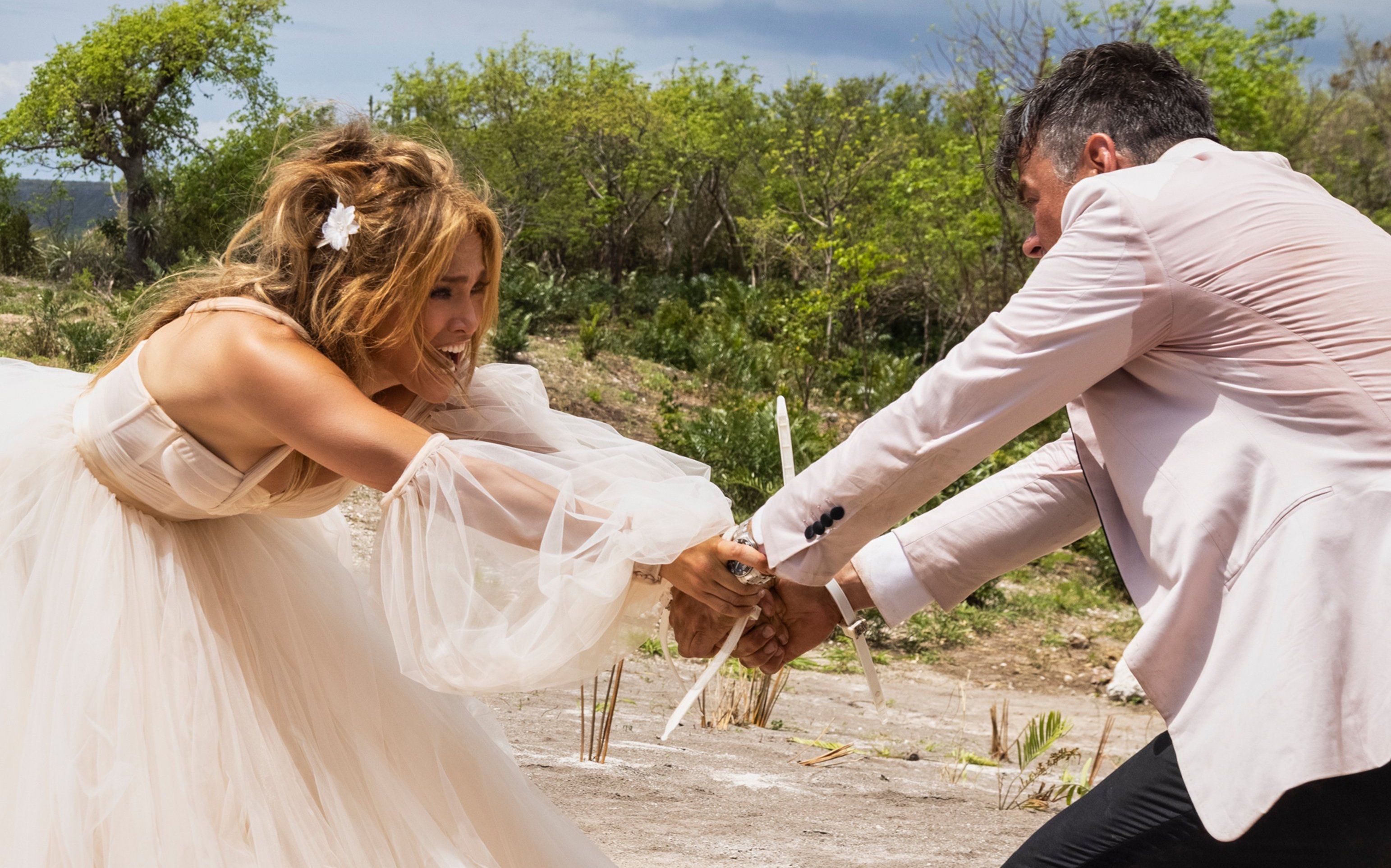