Five episodes have come and gone, and we are at the halfway point of the first season of House of the Dragon, and the prequel series has lived up to its billing. Episode five was the last time – for now, at least – that we get to see Milly Alcock and Emma Carey in their roles as Princess Rhaenyra Targaryen and Queen Alicent Hightower respectively. The pair of actresses will be replaced by Emma D’Arcy and Olivia Cooke from Episode 6 on — but the pair are, however, not the only set of new faces we can expect to see, based on a new set of images.

Keeping in line with the theme of the series so far, there is set to be yet another time jump in the series. The characters are set to age and key players in the Dance of the Dragons are primed to be introduced. One such major player is Aegon II, the first male heir of King Viserys Targaryen (Paddy Considine). Based on the newly released photos, we see that this character will be played Ty Tennant, the son of Doctor Who legacy star Georgia Tennant (née Moffett, daughter of Peter Davison) and adopted child of the Tenth Doctor himself and Tennant‘s husband, David Tennant. The Doom Patrol star will portray the teen version of Aegon, whom we have seen as both a toddler and a young child in previous epoisodes.

Tennant‘s role as Aegon will be significant in the series, as he is the direct challenger to Rhaenyra’s plans to succeed their father as ruler of the Seven Kingdoms. Aside from the introduction of Ty’s Aegon, the time jump has also offered the opportunity for new characters to enter the fray. John MacMillan will be joining to portray Laenor Velaryon, heir to High Tide, Driftmark and House Velaryon. More importantly, he is married to D’Arcy’s Rhaenyra which is a marriage of convenience.

In the latest preview of the next episode, Rhaenyra now has three sons namely Jacaerys, Lucerys, and Joffrey Velaryon, who is still but a babe in Episode 6. Leo Hart and Harvey Sadler will play the younger versions of Jacaerys and Lucerys Velaryon.

The next episode of House of the Dragon will air on September 25. You can check out the photos and new teaser below: 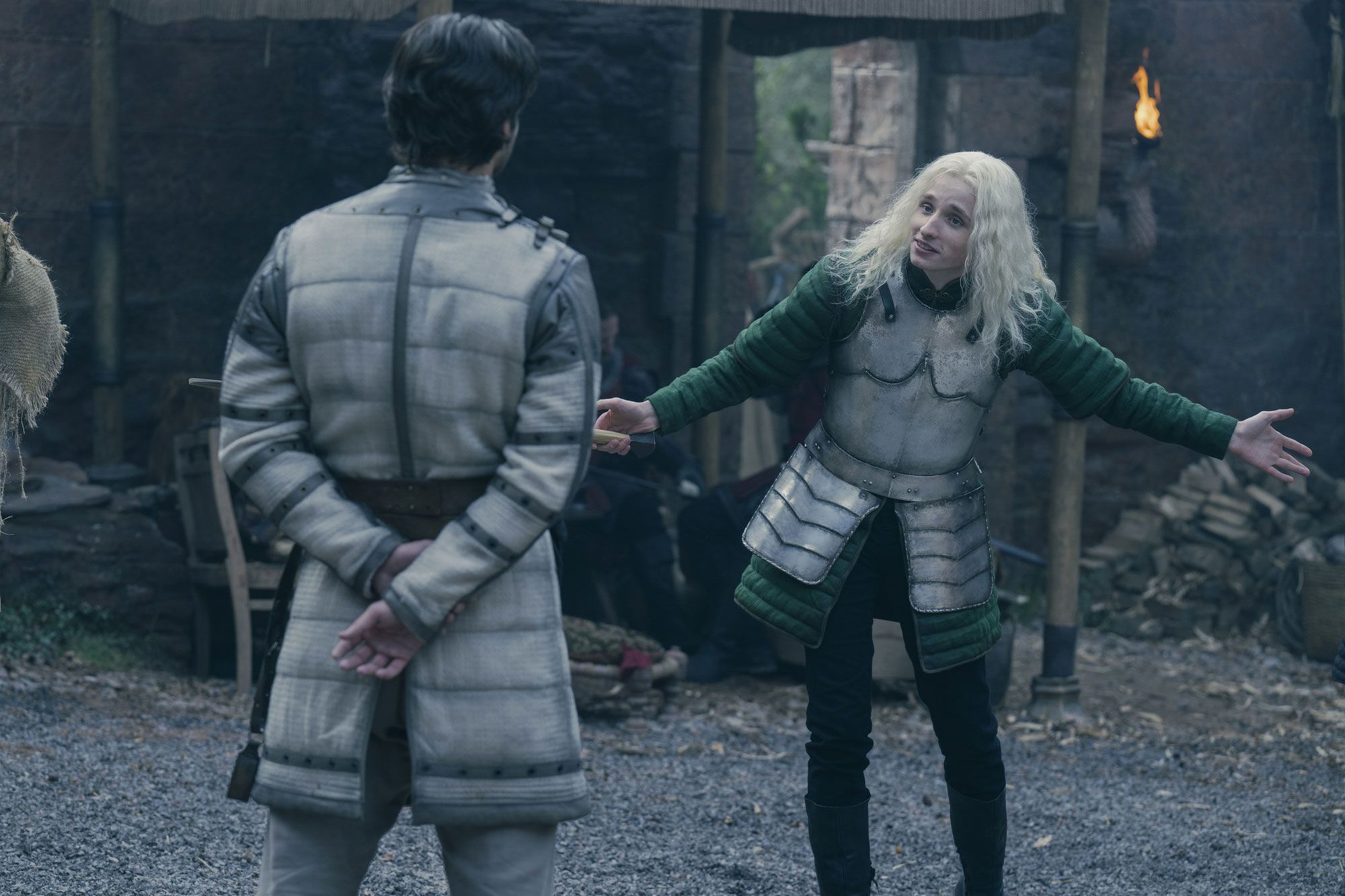