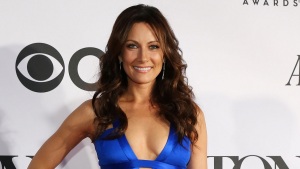 With production now in full swing, Sony‘s R-rated comedy No Hard Feelings has begun fleshing out its cast in preparation for its next summer release. Joining the previously announced Jennifer Lawrence and Disney star Andrew Barth Feldman is the Tony Award-winning Laura Benanti who will portray Lawrence‘s boss and Feldman‘s mom.

Benanti will portray a wealthy mom who employs the services of a ne’er-do-well (Lawrence) to keep her introverted son (Feldman) happy and engaged. With Lawrence in the lead, much of the plot will focus on her day job as Feldman‘s character’s personal entertainer. The cast will be playing out a screenplay crafted by Gene Stupnitsky and John Phillips both of whom are prolific names in the comedy genre with credits including Good Boys, Dirty Grandpa, and Bad Teacher, between them.

While Benanti has been most successful with her career in theater, she has over the years showcased her versatility across TV and film. From being occasionally called upon by Stephen Colbert for an impression of First Lady Melania Trump on his eponymous late-night talk show, to her portrayal of Edie Randall in the comedy The Detour, and to having audiences in stitches with her unscripted special, Homeschool Musical: Class of 2020, Benanti has undoubtedly proven her comedic chops to a great degree.

Benanti has recently become more active in film with credits including Netflix‘s Worth (2020) Tick, Tick… Boom! (2021) and Here Today (2021). She has a slew of TV credits including Younger, Go On, Starved, Supergirl, Nashville, and The Good Wife. Benanti recently appeared in Amy Schumer’s Life & Beth​,​ and is slated for a recurring role in the second season of the HBO period drama The Gilded Age.

No Hard Feelings is produced by Lawrence, Alex Saks, Marc Provissiero, Naomi Odenkirk, and Justine Ciarrochi. Phillips will serve as executive producer while Stupnitsky will helm the project as the director.