Bob Odenkirk is fresh off his critically acclaimed starring role in AMC Network‘s Better Call Saul, and the first images for his next series with the network, Straight Man, have now been revealed.

The images were released during AMC Networks‘ recent summit event. The first image depicts Odenkirk as the grizzled William Henry Devereaux, Jr., the show’s lead and the person through whom the story will be told. Based on the 1997 novel of the same name by Richard Russo, Straight Man follows Devereaux’s mid-life crisis as he goes through his career as the “unlikely chairman of the English department in a badly underfunded college in the Pennsylvania rust belt,” according to the network. The series will depict the ups and downs of Deveraux’s everyday life as he attempts to support his family while also helping to keep the college above water. The image introducing Devereaux shows him sitting at a computer, apparently deep in thought.

The next image shows William at the kitchen table alongside his small family, made up of his wife Lily Deveraux (Mirielle Enos) and his adult daughter Julie Deveraux (Olivia Scott Welch), as they appear to be in conversation. William appears to have a somewhat stressed look on his face as the trio talk over coffee. According to an additional character description, Julie feels entitled to live with her parents, despite not graduating college and having a job that does not support her own living habits. As a result, the series will also shine a light on the issues within the Deveraux family.

Additional images show off more of William and Lily. This includes a solo shot of Lily introducing her character, as well as another photo of William looking stressed as he stands outside of a car. A final shot shows the couple yet again talking over the kitchen table, apparently deep in conversation. Other characters in the show have not yet been introduced visually.

While these other characters may not have been seen yet, it is known who will be playing them, as a large slate of cast members have already been previously announced. Beyond Enos and Welch, this includes Diedrich Bader, Sara Amini, Cedric Yarbrough, and Suzanne Cryer. The quartet was cast earlier this month and are all set to feature as series regulars in the show. All four will play additional professors at the college where William works, and all of them will intertwine with his life while facing challenges of their own. Bader in particular will play a philosophy professor at the school, who also serves as William’s best friend.

Straight Man was first announced by AMC this past April, with Odenkirk attached to star. It was ordered to series by the network later that month and is composed of an eight-episode first season. The show was adapted by Aaron Zelman and Paul Lieberstein, who will serve as co-showrunners as well as directors. Additionally, both Odenkirk and Peter Farrelly also served as directors on the project. Russo, the author of the original novel, was brought on as an executive producer alongside Marc Provissiero, Mark Johnson, and Odenkirk‘s wife Naomi Odenkirk. AMC Networks is producing the show in conjunction with Sony Pictures Television TriStar TV and Johnson‘s Gran Via Productions.

Straight Man is slated to be released on AMC and AMC+ in 2023. Check out the rest of the new images down below: 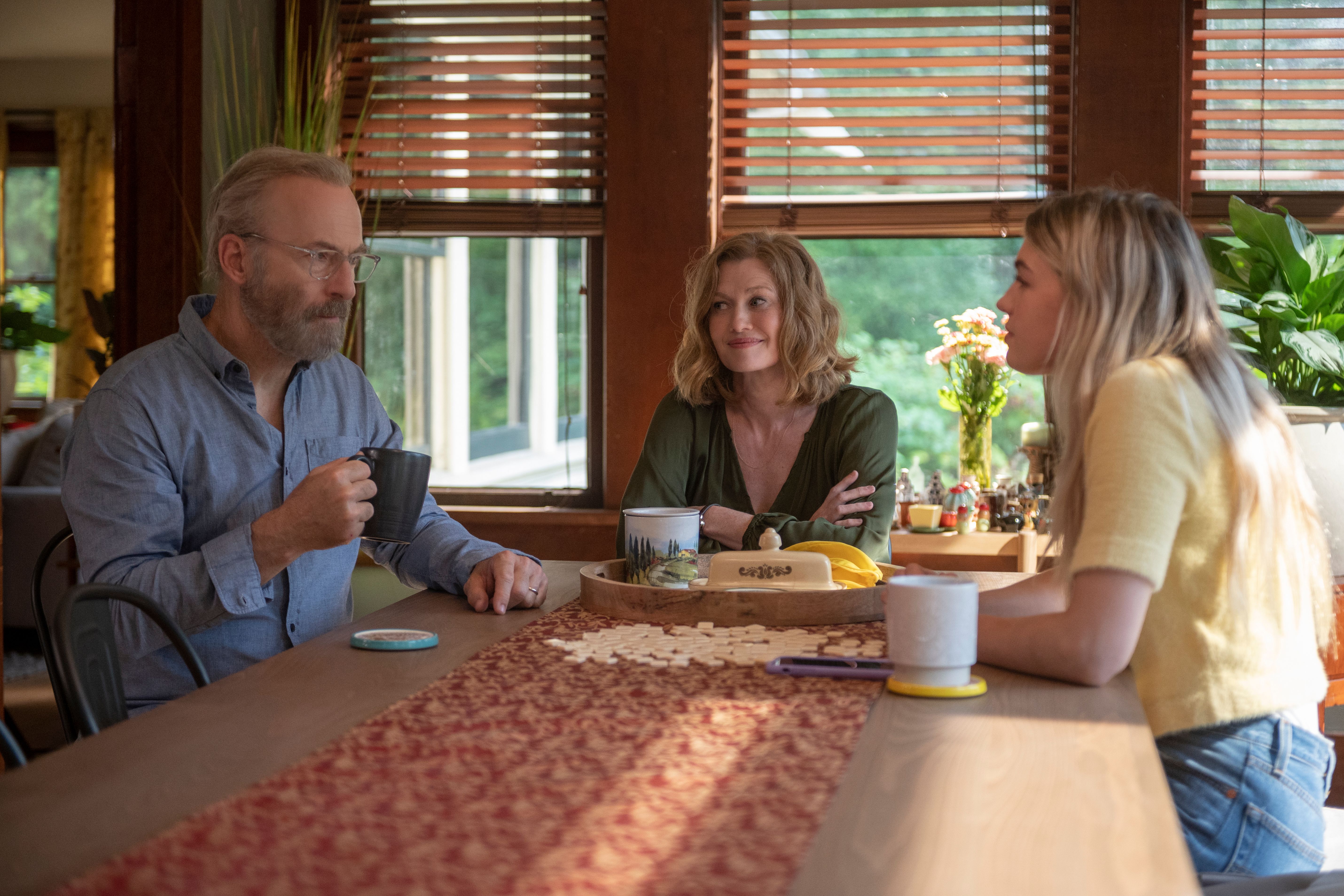