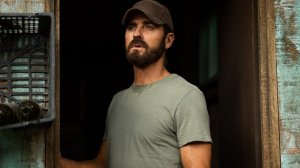 Go ahead and get your calendars marked as Apple TV+ has just set the release dates for a handful of its returning shows and among them is the Justin Theroux-led drama, The Mosquito Coast. The second season which was picked up a few months after the show’s premiere in April 2021 will hit the streamer on Friday, November 4. The returning show will air fresh episodes weekly through the fall and into the winter, ending on January 6, 2023.

Based on Paul Theroux’s best-selling novel of the same name, The Mosquito Coast follows the Fox family as its patriarch Allie Fox (Theroux) a clever inventor and willful idealist uproots his family from the US and seeks to plant them in a better residence partly due to his disgust at America’s growing capitalism. However, Fox is no saint himself as his secret involvement with the Mexican drug cartel see the US government come after him, as a result, the family of four is forced to constantly look over their shoulders as they attempt to evade the radar of authorities as well as the cartel with whom Allie also has scores to settle.

Along with announcing the release date for the drama, Apple TV+ also unveiled the plot line for the next season while also giving a first look at its fugitive co-leads Allie and his wife Margot (Melissa George). Season 2 will begin the saga from the family’s escape from Mexico and into the Guatemalan jungle where they seek a fresh safe house in a refugee camp run by one of Allie’s longtime pals. However, their troubles only compound when they altercate with refugees in the camp with cartel links. Their growing problems mount ever-increasing pressure on the family as husband and wife are forced to take separate paths in their quest to restore normalcy to their lives.

Here is the official synopsis for The Mosquito Coast Season 2;

After barely escaping Mexico with their lives, the Foxes venture deep into the Guatemalan jungle to meet up with an old friend and her community of refugees. This new refuge creates trouble for the Foxes though when they become entangled in a conflict between the scions of a local drug lord. At odds about whether to settle down or keep moving, Allie and Margot pursue different paths to secure their family’s future. The outcome of which will either unite the family or tear it apart forever.

As you wait for the Season 2 premiere on November 4, you can catch up on all 7 episodes of the first season of The Mosquito Coast currently streaming on Apple TV+.