Jessica Chastain and Michael Shannon are set to portray country music icons Tammy Wynette and George Jones in Paramount’s upcoming miniseries, George and Tammy, and now Vanity Fair has shared first-look images from the project. The feature will be helmed by Australian-Canadian filmmaker John Hillcoat and was conceived by creator Abe Sylvia (The Eyes of Tammy Faye).

The music legends deemed Mr. and Mrs. Country Music in the 70s created numerous hits together such as “We’re Gonna Hold On,” “Let’s Build A World Together,” “Near You,” and “Golden Ring.” However, they shared a rocky relationship — both of them were married twice before meeting each other and their union took their careers to new levels. Even after getting divorced in 1975, the duo stayed a significant part of each other’s life till the last days of Wynette’s life in 1988. Throughout their career, they charted fourteen singles on the Billboard Hot Country Singles chart, including three #1 hits. Shannon and Chastain took up vocal classes in preparation for their characters and have managed to recreate some of their iconic numbers. Shannon feels that “It’s a tragic story, but it’s also a very romantic one,” and that “these songs are pretty deep, and they’ve got some dark corners in them.” He further reveals that their music “also kind of taught us about who the people were and the story we were telling.”

Chastain signed onto the project when it was first conceived as a movie in 2011 and also produces through her production company, Freckle Films. She revealed that she was really moved by the love story between them, “I started to listen to the music and understood that they were always singing to each other.” However, for the actor singing live in front of a theater full of extras was “the scariest thing I’ve ever done.” And rightfully so, while Shannon, a musician himself, feels that Jones is one of the finest singers he’s ever heard in his life so “It’s obviously a fool’s errand to try to completely emulate that—that’s one of the reasons he’s legendary, is that there will never be another one like him.” He further reveals that for Jones singing was a complicated thing because when he initially started singing, “he would sing for his father with who he had a kind of tormented relationship.”

It would be very intriguing to see how Chastain and Shannon, both of whom have delivered some impeccable performances in their careers, will embody the country music royalty. By the first look images, the actors seem to have portrayed George and Tammy extremely well in various stages of their lives. The six-episode series, also stars Steve Zahn, Kelly McCormack, Katy Mixon, and Walton Goggins.

George and Tammy will premiere later in 2022. You can check out the rest of the first-look images below: 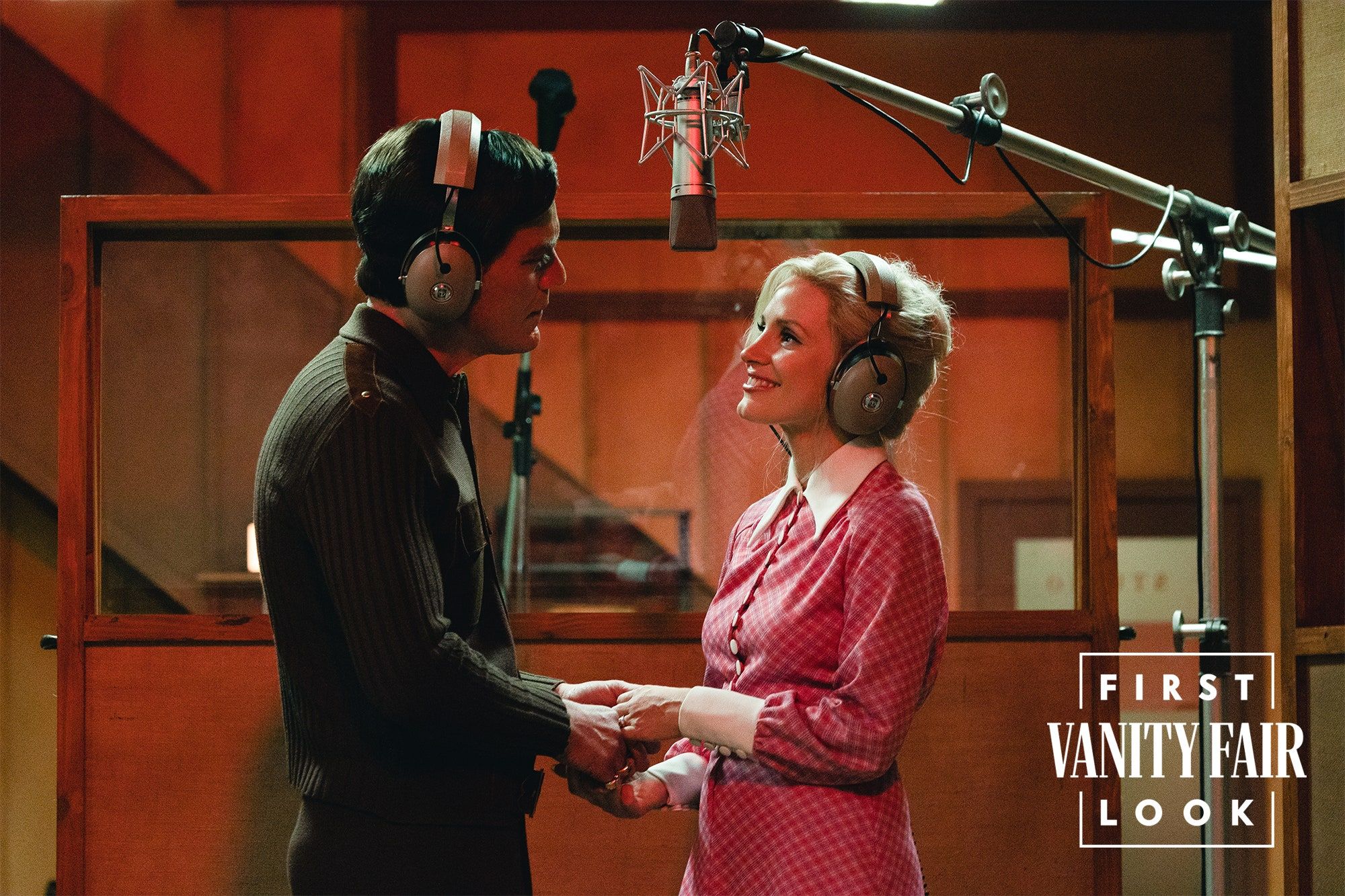