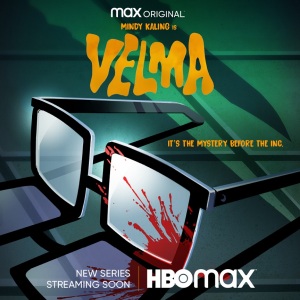 The titular character of HBO Max’s upcoming adult animated series Velma is taking the gloves off and mocking the haters in the show’s first official teaser. After this week’s big reveal that Velma Dinkley of Scooby-Doo lore was in fact a lesbian (gasp), trolls have come out of the woodwork to share their disdain for the “recent” character change up in Trick or Treat Scooby-Doo. Along with receiving the shock of their lives in hearing Velma’s (very obvious) sexuality, there’s another wave of folks upset over the fact that the series’ take on the glasses wearing, brainy member of Mystery Inc. is not white, but instead South Asian (double gasp). Knowing that they’d be facing the heat from close minded audiences, the folks behind Velma poked fun at their would-be-haters in the new teaser.

Opening on a rainy day, we hear the voice of Velma (Mindy Kaling) as she carefully crafts a text to HBO Max to voice her outrage that an upcoming standalone series made about Judy Jetson will not feature the character as “boy crazy.” As she furiously pens her message, she takes a jab at trolls saying, “If there is one thing the internet agrees on, it’s that you should never change anything ever,” before signing her message, and taking a deep sigh of relief because, “At least Judy’s still white.”

Just then, she receives a call from an unknown number, with a familiar voice on the other side of the line asking Velma if she “likes solving mysteries.” From here, you can guess how the rest of the trailer plays out, with references to fan-favorite horror flicks before cutting out.

As expected, haters lined up in droves to fire back at the production that doesn’t take itself too seriously and hopes to bring more of a diverse background to the original characters now over 50-years-old. The series will act as an origin story for Velma, but fans can still expect to see her future Mystery Inc. family with Constance Wu (Lyle, Lyle, Crocodile) voicing Daphne, Sam Richardson (Ted Lasso) as Shaggy, and Glenn Howerton (It’s Always Sunny in Philadelphia) as Fred. There’s also a slew of huge names set to fill out the ensemble cast including Jane Lynch, Wanda Sykes, “Weird Al” Yankovic, Stephen Root, Gary Cole, Ming-Na Wen, Cherry Jones, and others.

From what we’re seeing of the new series so far, it looks to put a fun, darkly comedic spin on the story of the gang’s unsung hero. If you think about it, Velma is like the Hermione Granger of Mystery Inc. – always solving the cases and getting her friends out of a bind, but never receiving her proper praise. Although projects like Velma and The Little Mermaid will always have those picking it apart from changing the “original story,” representation matters and hopefully the voices of supporters will be louder than those pushing to set it back.

As of right now, no release date for Velma has been announced, but you can expect to see it sometime in 2023. Check out the sharp witted trailer below.