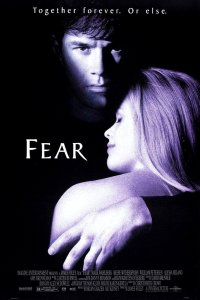 Peacock has begun work developing a series based on the 1996 film Fear, according to a report by Variety. Jessica Goldberg is attached to write and executive produce the adaptation.

Fear was originally released in theaters in April 1996, with a cast of young up-and-comers who would go on to be A-list stars, including Reese Witherspoon, Mark Wahlberg and Alyssa Milano. The James Foley-directed movie was a hit at the box office upon release. The film grossed an impressive $21 million against a production budget reported to be in the region of $6.5 million. Fear had originally been greenlit as a feature remake in 2019, with Amandla Stenberg originally attached in the lead role. Brian Grazer, a producer on the original film, was attached to the project, while Oscar nominee Jonathan Herman had been signed on to develop the script. However, news of the production went quiet, and Universal then reimagined the story as a series.

The official series logline states, “This modern series reinvention finds two young lovers in a psychological game of cat and mouse—but who’s the cat, and who’s the mouse? When David and Nicole first meet in Seattle, it feels like an epic, once-in-a-lifetime romance – but soon it becomes clear that the seemingly perfect couple is anything but. Told from conflicting points of view, the series wrestles with personal demons, hidden agendas and reframes the “he said she said” convention into a twist-filled suspense story about toxic relationships.”

Goldberg has previously been involved in the television world via her work as creator of the Hulu series The Path, where she was also showrunner and executive producer. The show starred Aaron Paul, Michelle Monaghan and Hugh Dancy, running for three seasons. She was most recently showrunner for the Netflix series Away with Hilary Swank, and was a credited writer on the feature Cherry which was directed by the Russo Brothers and starred Tom Holland. She is also an accomplished playwright, and adapted her own play Refuge into a feature, which she directed.

Currently, no further information, including a release date, has been made available for the series.