As the early box office numbers have already predicted, Black Panther: Wakanda Forever is gearing up to be one of 2022’s biggest hits. The highly anticipated new entry in the Marvel Cinematic Universe is less than a month away from its premiere, which means it’s full steam ahead when it comes to new material to tease fans. Today, Marvel released some character posters that bring main and supporting cast front and center in stunning detail.

The vibrant posters highlight Black Panther: Wakanda Forever’s impressive costume design by Academy Award winner Ruth E. Carter, which mirrors her work in the first movie and amps it up, especially when it comes to the blockbuster’s big bad Namor (Tenoch Huerta), who sports an incredibly detailed beast-like headpiece. Namor’s MCU debut has been heavily anticipated by fans, who speculated about his arrival on the big screen for years. Much like the previous antagonist Killmonger (Michael B. Jordan), Namor is more of an anti-hero, which could suggest a possible change in sides in the future or at least a villainous motivation that audiences can relate at some level.

Also highlighted by the posters is T’Challa’s (Chadwick Boseman) family: His mother, Queen Ramonda (Angela Basset) and his sister Shuri (Letitia Wright), who’s the only one in the bunch that doesn’t sport a flashy outfit. We still don’t know in what circumstances the movie will handle Tchalla’s character’s fate, and the trailers haven’t explicitly stated that Shuri will become the new Black Panther, so we could be in for a few surprises, as Lupita Nyong’o revealed in a recent interview.

Speaking of her, the warrior and activist also gets a poster, as well as other fierce Wakanda combatants M’Baku (Winston Duke) and Okoye (Danai Gurira) – the Dora Milaje general sports a blue armor, which could suggest some change in ranks or that she’ll need to suit up in order to face a bigger threat than usual. Not featured in the posters is Dominique Thorne as Riri Williams/Ironheart, who makes her debut in Black Panther: Wakanda Forever. Marvel is giving away as little as possible about the new character, who so far has only been shown in glimpses in the trailers.

Black Panther: Wakanda Forever is the 30th movie in the Marvel Cinematic Universe, as well as the final entry of the studio’s Phase Four. The sequel is once again directed by Ryan Coogler, who pens the script alongside Joe Robert Cole. Aside from the actors in the posters, the movie also features Martin Freeman, Florence Kasumba, and Michaela Coel.

You can check out the posters and the trailer below: 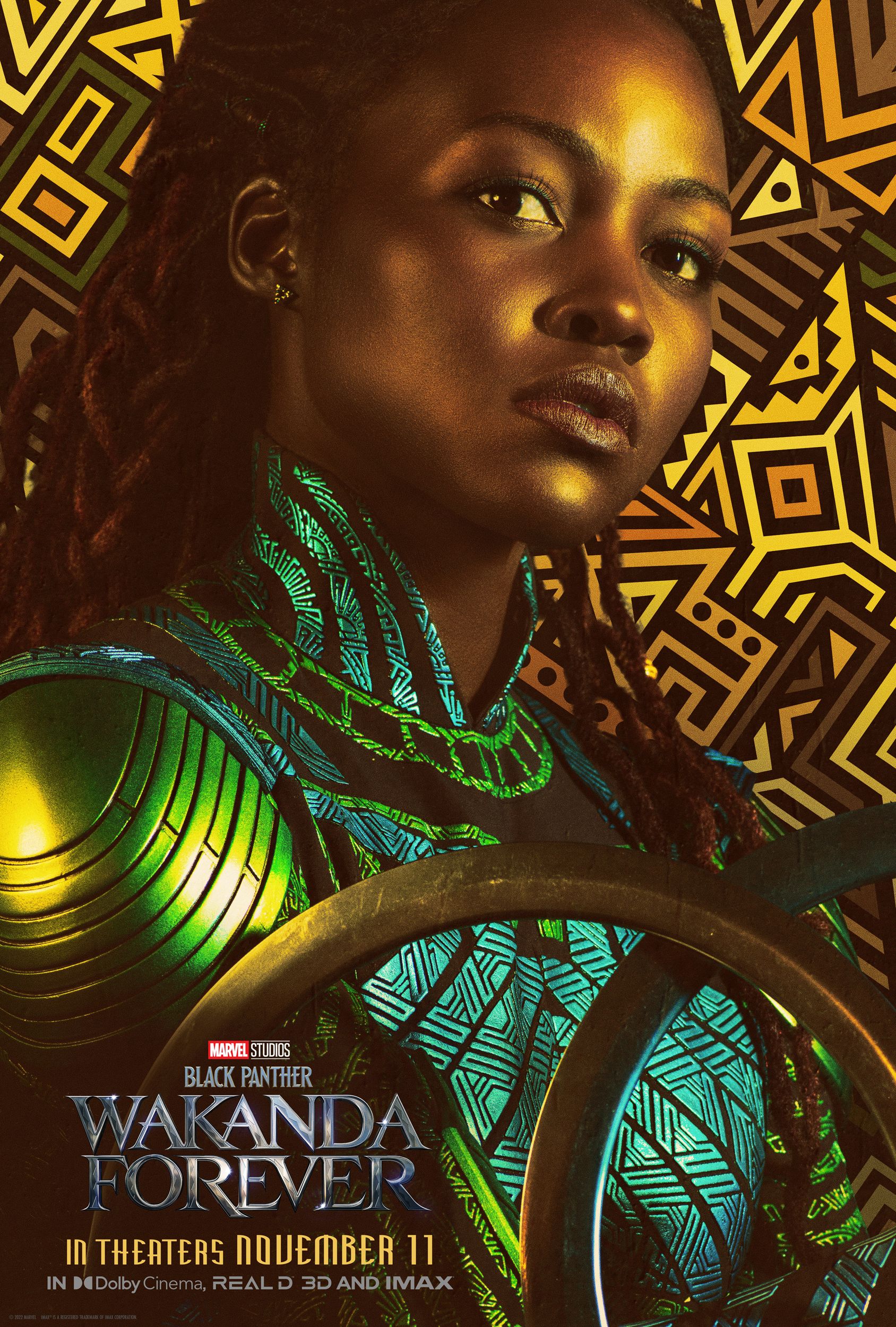