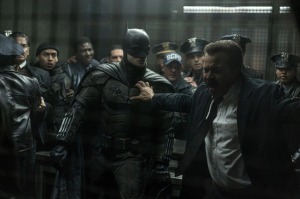 After bringing the true-crime story of Michael Peterson to life on HBO Max‘s limited drama series, The Staircase, filmmaker Antonio Campos now has his sight set on the fictional world of Gotham. Variety exclusively reports that Campos has just been named as the new showrunner for Arkham Asylum, one of the two spin-offs of Matt Reeves‘ The Batman currently in the works. Campos will also serve as writer, executive producer and director should his idea for the show earn the green light from the brass at DC Studios.

The series will focus on the titular infamous asylum that holds some of Gotham City’s most infamous villains. Though plot details are still being kept under wraps, Reeves had earlier described the series as “a horror movie or a haunted house.” Given that the creative direction for the series is yet to be finalized, the series might yet be without a definitive plot line. The series has undergone several creative shake-ups since it was announced to be in development in 2020. Campos is now the third showrunner brought on board to execute the show. The spin-off was originally imagined to be focused on the Gotham City Police Department and had the working title Gotham City P.D with Terence Winter announced as the showrunner. When creative differences saw Winter leave the show, he was replaced by Joe Barton who later parted ways with the series. According to Variety, a separate series focused on the Gotham City Police Department is still in development.

This will not be Campos‘ first time working with a comic franchise; he previously worked on The Punisher from DC‘s main rival Marvel. The show which streamed on Netflix focused on the titular anti-hero with Campos directing the 8th episode of the first season. His feature-length debut Afterschool premiered in 2008 at the Cannes Film Festival. Campos directed the pilot episode of the police procedural series, The Sinner which was given a series order at the USA Network and went on to run for 4 successful seasons earning a Golden Globe nod for Best Miniseries and an Emmy nod for its lead actress Jessica Biel. His film credits include Simon Killer, Christine, and The Devil All the Time starring Robert Pattinson and Tom Holland. Campos‘ best-known work is the miniseries The Staircase which received critical acclaim earning an impressive 95% rating on Rotten Tomatoes. The series earned its co-leads Colin Firth and Toni Collette Emmy nominations.

Arkham Asylum is the second Batman spin-off series in production, the other being The Penguin which will tell the origin story of the umbrella-loving villain Oswald Cobblepot/Penguin with Colin Farrell returning to reprise his role. The series will be produced by Reeves under his 6th & Idaho banner alongside Dylan Clark and Rafi Crohn.

Stay tuned at Collider for more updates on the project as they come, meanwhile you can get a feel of Campos‘ genius on The Staircase currently available to stream on HBO Max, check out the trailer for the true crime drama below: