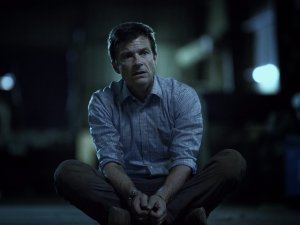 Jason Bateman and Jude Law are two of Hollywood’s most bankable stars, with iconic credits to both of their names, and the pair are now set to collaborate for the first time on Black Rabbit, an upcoming limited series in development at Netflix.

Deadline exclusively reported that Bateman and Law would be teaming up on the project. The two A-listers are set to star in the upcoming limited series, and both will also serve as executive producers. Bateman is also attached to direct the series. Black Rabbit will hail from Bateman and Michael Costigan’s production studio, Aggregate Films, and will be produced in conjunction with Law and Ben Jackson’s label, Riff Raff Entertainment. Aggregate Films‘ involvement doesn’t come as much of a surprise, given that Bateman‘s company has signed a first-look deal with Netflix for film and television projects. Working alongside these companies on the limited series will be Zach Baylin and Kate Susman’s Youngblood Pictures and Automatik Entertainment. Baylin, who will write the series’ script with Susman, is best known for penning the Academy Award-nominated film King Richard and the highly anticipated Creed III. Few plot details about Black Rabbit are available, and no character descriptions for Bateman or Law were revealed. It was reported that the series will be based on an original idea, and was described by Deadline simply as a “drama.”

The project will mark the first on-screen pairing for Bateman and Law, and Bateman‘s first television series since his critically acclaimed outing on another Netflix smash-hit, Ozark. It seems Bateman has somewhat of an affinity for the streamer’s projects, as he was also tapped to direct the upcoming Netflix FBI surveillance thriller Dark Wire and will star in the streamer’s upcoming thriller Carry On. Bateman‘s Aggregate Films is also at the forefront of the upcoming Netflix romantic comedy film Your Place or Mine starring Reese Witherspoon and Ashton Kutcher, which Bateman also produced. Beyond Netflix, the studio also has a wide slate of other television projects in the works. This includes Apple TV+‘s drama series Lessons in Chemistry, which Bateman executive produced alongside the show’s star, Brie Larson, as well as the true crime thriller series Based on a True Storystarring Kaley Cuoco and Chris Messina for Peacock.

Law, perhaps best known for his work in Sherlock Holmes and the Fantastic Beasts series, doesn’t have quite as many projects lined up with Riff Raff Entertainment. However, he does have a number of upcoming acting credits, as he is next set to star as Captain Hook in Disney+‘s film Peter Pan and Wendy, and will also be seen in the psychological horror film Firebrand alongside Alicia Vikander, in which he will portray King Henry VIII. Beyond this, he has also made the jump to hyperspace in the Star Wars universe, as he will be seen in the upcoming Disney+ series Star Wars: Skeleton Crew. While details of the show remain under wraps, Law is slated to topline the project, which began filming this fall.

Beyond its two topliners, Black Rabbit has a formidable creative pair in the husband-and-wife team of Baylin and Susman. Beyond Creed III and King Richard, Baylin is also currently penning the script for Exodus, a highly anticipated biopic about the life of reggae icon Bob Marley. The pair’s Youngblood Pictures also have additional projects in the works, including a heist thriller called The Order.

No release window or start of production for Black Rabbit has been announced.