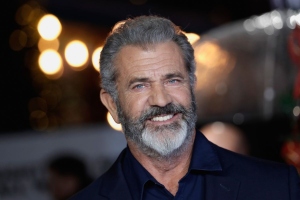 Mel Gibson and Garrett Hedlund will play father and son in an upcoming thriller, Desperation Road, Variety has revealed.

The film follows Russell Gaines (Hedlund), an ex-con who is trying to put his life back together. One of the people he turns to for help is his father Mitchell (Gibson). However, everything starts to change when Maben enters his life. The two eventually end up on the run, and learn that in order to survive, they need to start to trust each other.

Desperation Road will be directed by Nadine Crocker. Crocker previously directed this year’s Continue. She will also be a producer for the movie. The film is based on the 2017 novel by Michael Farris Smith. He also wrote the film’s screenplay and will also be a producer. Smith‘s other novels include 2021’s Nick, 2020’s Blackwood, and 2018’s The Fighter.

Walter Josten and Cassian Elwes will be producers for the film. “Nadine Crocker is one of the most exciting young directors to appear in my life in quite some time,” said Elwes, adding, “With this cast and script, she is making something incredible.” Patrick Josten, Veronica Radelli, Peter Graham, Steve Hays, Paul Robarts, and Katy Bodenhamer are also on board as executive producers for the film. Desperation Road will be financed by Capstone Studios. Signature Entertainment will be in charge of international sales at AFM. “Garrett and Cassian had been on my vision board for years, but I couldn’t have dreamt of working with Mel Gibson, Garrett, and Ryan Hurst on my second film,” said Crocker. “It’s been my wildest dreams come true! Our entire cast are some of my favorite creators in our industry! So grateful to work with our entire team on this film!”

No official release date has been announced for Desperation Road.