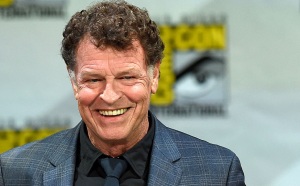 Everyone’s ready to clock back into Lumon Industries as principal photography has officially begun on Season 2 of the Emmy-winning workplace drama Severance at Apple TV+. Renewed back in April after making waves with its first season on the streamer, the series boasts Ben Stiller as its director and producer with Dan Erickson creating and writing. No specifics are available on what to expect with the upcoming season or when audiences will be able to return to the office, but the return to the set means the wait shouldn’t be overly long.

Severance brought a novel, dystopian concept to the table as it focused on the workers of the fictional biotechnology company Lumon Industries and their series namesake “severance” procedure. The operation sets apart every worker’s work memories from their nonwork memories, allowing complete separation of both parts of their lives. As the season runs on, however, more mysteries unfold regarding the workplace as the employees start to discover the truth about their jobs. Leading the star-studded team is Adam Scott as Mark Scout, a grieving husband forced to confront what’s going on in his work life. Joining him are John Turturro, Britt Lower, Zach Cherry, Dichen Lachman, Jen Tullock, Tramell Tillman, Michael Chernus, and Christopher Walken.

“We are thrilled and delighted to be back on set for the exciting second chapter of Severance,” Stiller said in an official statement. “Though we don’t know how long we’ve been gone or who we are outside, we are told people enjoy the show, and we couldn’t be happier. Praise Kier!”

Alongside Stiller and Erickson, Season 2 will see Nicky Weinstock, Jackie Cohn, and Adam Scott all executive produce with Richie Schwartz also on board through Red Hour Films. Patricia Arquette will pull double duty in Season 2, becoming a producer in addition to starring. Production begins as the show is coming off a massive hot streak. For its first run at the Emmys, the series received a stunning 14 nominations and took home two awards for Outstanding Music Composition and Outstanding Main Title Design.