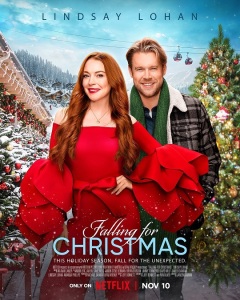 The weather outside may be frightful, but things are heating up for Lindsay Lohan and Chord Overstreet in a new batch of Falling For Christmas images. In the film, which drops on Netflix in just one week, Lohan plays a well-to-do heiress who’s on vacation with her wealthy boyfriend. When a surprise proposal leads to a disastrous ski accident, the heiress’s memory is wiped, leaving her with no recollection of her name, but strangely remembering her taste for caviar. It’s then that she’s helped by a local lodge owner who offers to set her up with accommodations until she’s able to get back on her feet. A romance soon begins to blossom between the two and eventually the heiress is forced to choose between her new, low maintenance life or returning to the lap of luxury.

Today’s shots reveal the wealthy woman’s post fall recovery with several of the pictures taking place at the cozy lodge. In them, we see Lohan and Overstreet’s on-screen chemistry with one photo of the duo standing in front of a fireplace, gazing into each other’s eyes. Behind them, the room is dressed to the nines in Christmas decorations with Lohan’s character holding onto a holiday themed snow globe. In the other couple feature, we see the two sharing a meal and again getting lost in each other’s eyes.

Looking happy with what she sees, a closeup of Lohan depicts her character opening a door and walking into a room. While we can’t see what – or who – she’s looking at, it’s clear that the heiress is happy with what’s awaiting her inside. Finally, the last image features the newly in love couple along with the lodge owner’s daughter. With smiles on their faces, all three chat with a man who looks oddly familiar.

Since news of the film first dropped back in May 2021, longtime Lohan fans have been dying with anticipation to see the actress’s return to the world of feature length films. While she was a staple in the late ‘90s and early 2000s, starring in comedic features including Nancy Meyers’ The Parent Trap, co-starring alongside Jamie Lee Curtis in Freaky Friday, and of course leading the classic Mark Waters teen comedy Mean Girls, the actress dropped off the radar to seek out a life away from the flashy bulbs of the paparazzi.

Following many years out of the spotlight, the excitement has been building to see Lohan star in her first holiday movie and the time is almost here! Falling For Christmas hits Netflix on November 10. You can check out the new images below and keep scrolling for the film’s trailer. 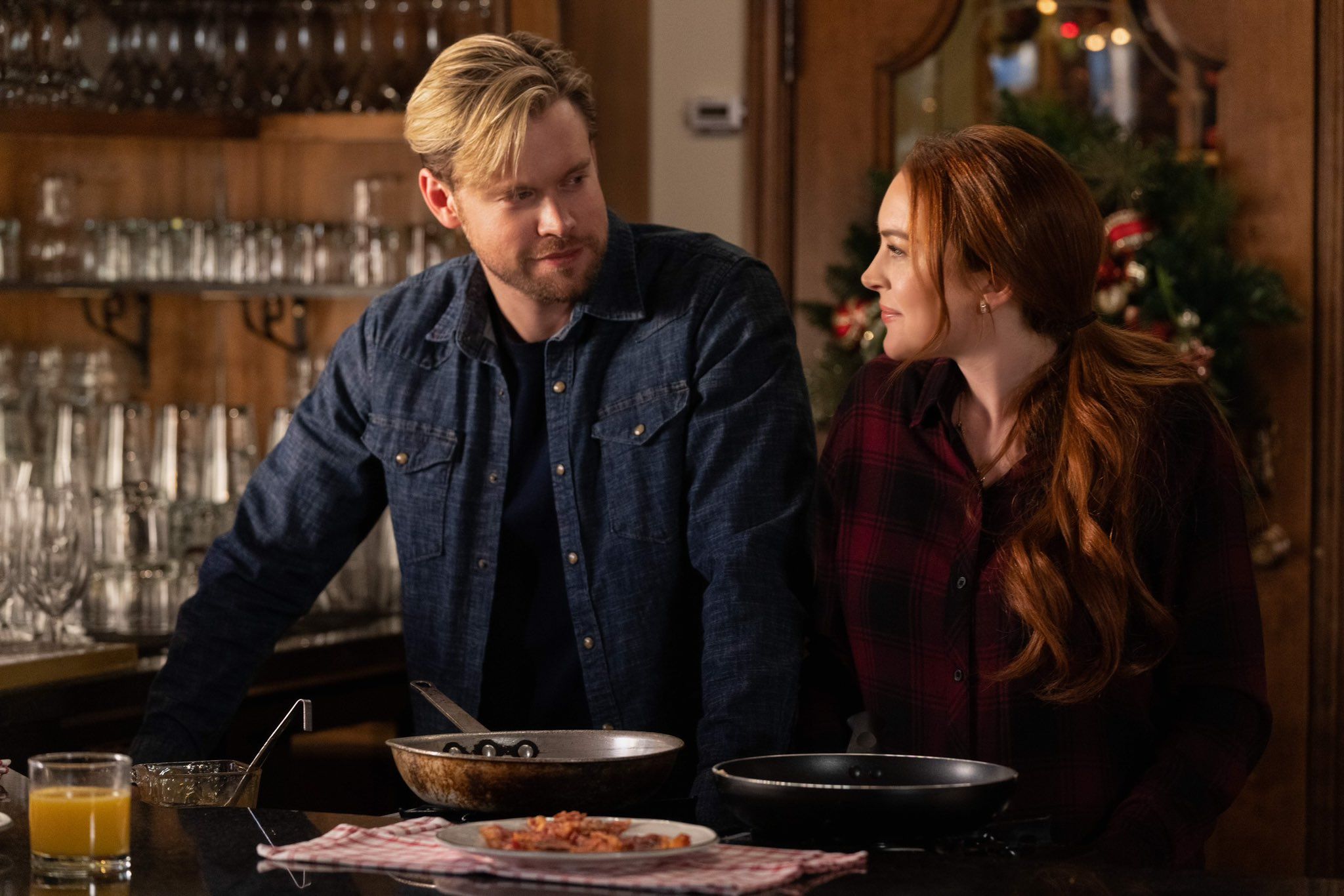