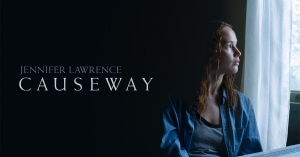 Synopsis – A US soldier suffers a traumatic brain injury while fighting in Afghanistan and struggles to adjust to life back home.

My Take – A24‘s ever expanding catalogue of fantastic films gets another addition in the form of this subtle, endearing, moody character portrait from Lila Neugebauer, who marks her feature directorial debut with this Apple Original Film.

A decent drama backed by great performances from Jennifer Lawrence and Brian Tyree Henry, the film is a slow examination of Post-Traumatic Stress Disorder (PTSD) and the frustrating process of rehabilitation. Running for a little more than 90 minutes, the film is well-paced and handles the difficult subject matter in a way that takes everything seriously while also leaving enough room for the viewer to breathe, it’s both a great commentary on the process of recovery while showcasing an incredible friendship between two unexpected people.

And with a lovely intimacy and just enough rueful humor, director Neugebauer and writers Ottessa Moshfegh, Luke Goebel and Elizabeth Sanders deliver an unhurried gem that is beautifully emotional.

Sure, it’s not the most comfortable experience given its heavy subject, but it’s rewarding in its own quiet way, offering some light and hope, making us appreciate the material.

The story follows Lynsey (Jennifer Lawrence), an engineer in the United States Army, who has newly returned from Afghanistan and is recovering from injuries and a serious case of PTSD. Lynsey isn’t comfortable being back in New Orleans, mainly as her immediate challenges are no longer IEDs but the threat of slipping in the shower. 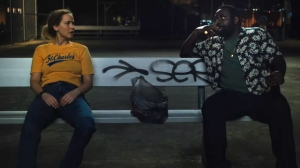 It’s a lot to take on board for a fiercely independent woman who had chosen her army career partly for the distance it afforded her from her home, from her unreliable mother Gloria (Linda Emond) and the buried traumas of her upbringing. Initially just marking time until she is well enough to redeploy, Lynsey even ends up taking a job cleaning pools and strikes up a friendship with James (Brian Tyree Henry), an amputee mechanic who is attempting to fix her borrowed truck. However, what she didn’t expect was to form an unexpected bond with him, probably the deepest she had in the longest time.

This one is mostly a quiet film but it has some strong moments of emotions, especially towards the end where I felt like they did a good job making us care about the characters. While director Neugebauer‘s film grazes close to a tradition of films that dwell on homecoming troops, especially the ones about those stropped by the military and fazed by civilian life, it makes it clear early on that it is more interested in connection, in the way that people’s lives are locked together by circumstance, and the hurt that can leak out when those connections are broken.

Though Lynsey’s dislocation obviously started long before her time in Afghanistan, her relationship with those around her is what drives the film. As she has some work to do on her physical and mental health, we witness her journey as she tries to adjust to her new life. The bond she builds with James is heartfelt as they share a similar trauma and are trying to help each other.

This one is a very somber film and there really aren’t any huge dramatic moments either as the characters are just too drugged out and sad to really get worked up. But it does allow both main characters to deliver lengthy, quietly riveting monologues. Lynsey gets to describe the attack that left her injured, while James talks about the auto accident that killed his young nephew and severed his relationship with his sister. 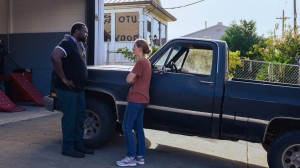 Sure, to some the film may seem a little too weak or passive, restrained, or quiet, but the beauty of the film is that it wants you to discover the characters and resonate with them. The film is very poignant to the point that it is almost as quiet, but when you discover the post-traumatic psychological struggle of each character, you will understand and reflect on them even more.

Yes, the film asks incisive questions about adulthood, substance abuse issues and other sociopolitical subjects, but the film is primarily concerned about the fundamental position of pain within the human condition. Since it isn’t as showy as some of the other popular projects which deal with the same ideas, the film is probably going to fly under the radars of many, which is a shame because it definitely deserves recognition for what it is, the acknowledgment of trauma.

Performance wise, Jennifer Lawrence is phenomenal, bring in the kind of wary, reined-in turn that made such a compelling impression in her breakthrough film, Winter’s Bone (2010). As terrific as her monologue is, she is even better in some of the film’s smaller moments. Often brimming with defiant pride, and yet still so vulnerable.

Brian Tyree Henry is too excellent as always, gradually strips back a character who at first seems wholly at ease with life to reveal layers of suppressed guilt and pain. In smaller roles, Linda Emond, Jayne Houdyshell, Russell Harvard and Stephen McKinley Henderson also leave a strong mark. On the whole, ‘Causeway’ is an intimate character drama that handles its heavy subject solidly.