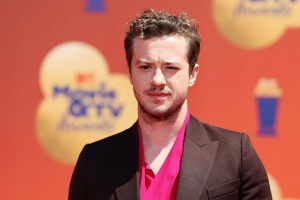 Earlier this month, we reported that Academy Award winner Lupita Nyong’o was in talks to star in Paramount’s A Quiet Place: Day One, a spin-off to the horror film A Quiet Place. Now it seems, the sights have been set on a potential co-star. Deadline is reporting that the recent Stranger Things breakout star Joseph Quinn is in talks to star opposite Nyong’o.

Quinn recently received widespread acclaim when he joined the cast of the hit Netflix series Stranger Things as Eddie Munson for the highly anticipated fourth season. His role quickly captured the hearts of viewers and had them eagerly waiting to see where the actor will show up next. It seems like he has decided to not stray far from the horror genre.

The world of A Quiet Place is infested with a species of alien that hunts using its advanced hearing, meaning any sound you make can lead to your death. The first A Quiet Place film, released in 2018, was a surprise horror hit and was followed by a sequel in 2021 that continued the success. Not long after that a third film and this spin-off were announced, with Paramount looking to create a franchise. Not much is known about the spin-off except what can be gleaned from its title. A Quiet Place: Day One seems to suggest the film will take place on the first day of the alien invasion, the aftermath of which is seen in the first two movies. Currently, Nyong’o and Quinn are the only actors announced to be cast in the spinoff so far, and the film is not expected to follow the family from the central trilogy.

A Quiet Place: Day One is set to be directed by Michael Sarnoski, who recently earned acclaim for his directorial debut Pig. Sarnoski is also writing the film based on an idea by John Krasinski, who wrote and directed the first two films in the franchise. Michael Bay, Andrew Form, and Brad Fuller will be producing A Quiet Place: Day One through Platinum Dunes while Krasinski will be doing the same with his production banner Sunday Night. Additionally, Allyson Seeger will serve as an executive producer on the prequel spin-off through Sunday Night.