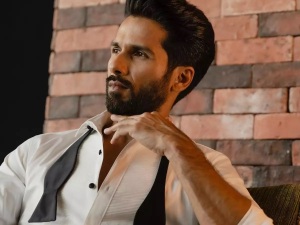 Though this year was tough for Bollywood, it has come to an end. There are multiple exciting actor-director duos, who will be collaborating for the first time for 2023 releases. Making to the list, Shahid Kapoor and Anees Bazmee are also joining hands for a “big-ticket” comedy.

If a report by Pinkvilla is something to go by, then Anees is all set to collaborate with Shahid Kapoor for the first time. Quoting a source close to the development, the portal said, “Anees and Shahid are a collaboration that was always meant to happen. It’s a proper commercial comic entertainer and Shahid is excited to enter the world of Anees Bazmee cinema. The film in question will be Bazmee’s immediate next film and will kick off in the first quarter of 2023.”

The report further added that Anees too is looking to explore the comic side of Shahid. However, it is worth mentioning here that neither the actor nor the director has made any official announcement to confirm their collaboration.

Coming to Kapoor’s professional front, he was last seen in Jersey, opposite Mrunal Thakur. Though the film was a remake of a hit 2019 release, it performed poorly at the box office. Along with Mrunal and Shahid, the sports drama also featured Pankaj Kapoor.

As far as Shahid’s upcoming projects are concerned, he will be seen in the lead character of an Ali Abbas Zafar directorial, titled Bloody Daddy. The forthcoming film will be a thriller, which will be released on OTT.