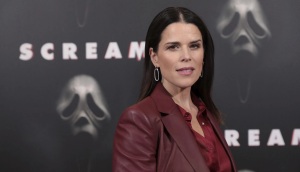 There are a ton of upcoming new series to look forward to for any lover of television. However, if you were looking forward to the upcoming Avalon series starring Scream’s Neve Campbell we have some pretty bad news. According to TVLine, ABC has canceled and isn’t going forward with the drama despite the series getting a straight-to-series order by the network this past February.

The series was based on the short story by Michael Connelly and followed L.A. Sheriff Department Detective Nicole “Nic” Searcy played by Campbell. Searcy in the series was to be the head of a small office on Catalina Island which is “a gig no career-driven L.A. cop wants.” The Sheriff is eventually wrapped in a “career-defining mystery that challenges everything she knows about herself and the island.” No reason was given for the series being scrapped, but it might have to do with the pilot that completed its production earlier month. ABC could have been unhappy with what it saw and decided it was best to cut its losses and move on to another potential project. While this news is odd given Avalon’s previous series order, it’s not completely uncommon in the network television space.

However, it’s surprising given the talent involved in the project. David E. Kelley was set to serve as the series creator who writes and executive-produces Campbell’s other hit show at the moment The Lincoln Lawyer. That particular series was also inspired by Connelly’s work. That being said, this is extra disheartening news for any fan of Campbell. The actress, best known for horror films like Scream and The Craft, has been working hard to get out of the shadow of Ghostface for the last number of years. Despite returning for the successful Scream reboot earlier this year, her role in The Lincoln Lawyer has shown that the actress is more than just an iconic “scream queen.” That series was recently renewed for a Season 2 by Netflix and Avalon was set to be another big step for Campbell to move beyond her horror legacy. Especially since the actress isn’t returning for Scream 6 next year which will be the first film in that series without Campbell’s “final girl” Sidney Prescott. The actress is also soon set to star in the Twisted Metal series adaptation for PlayStation and Peacock.

Avalon sounded like a classic mystery series that had the potential to be a genre hit. While we never may know why ABC decided to pass on the series, the drama still has a chance to be picked up by another network, so there’s a chance for the series to see the light of day.